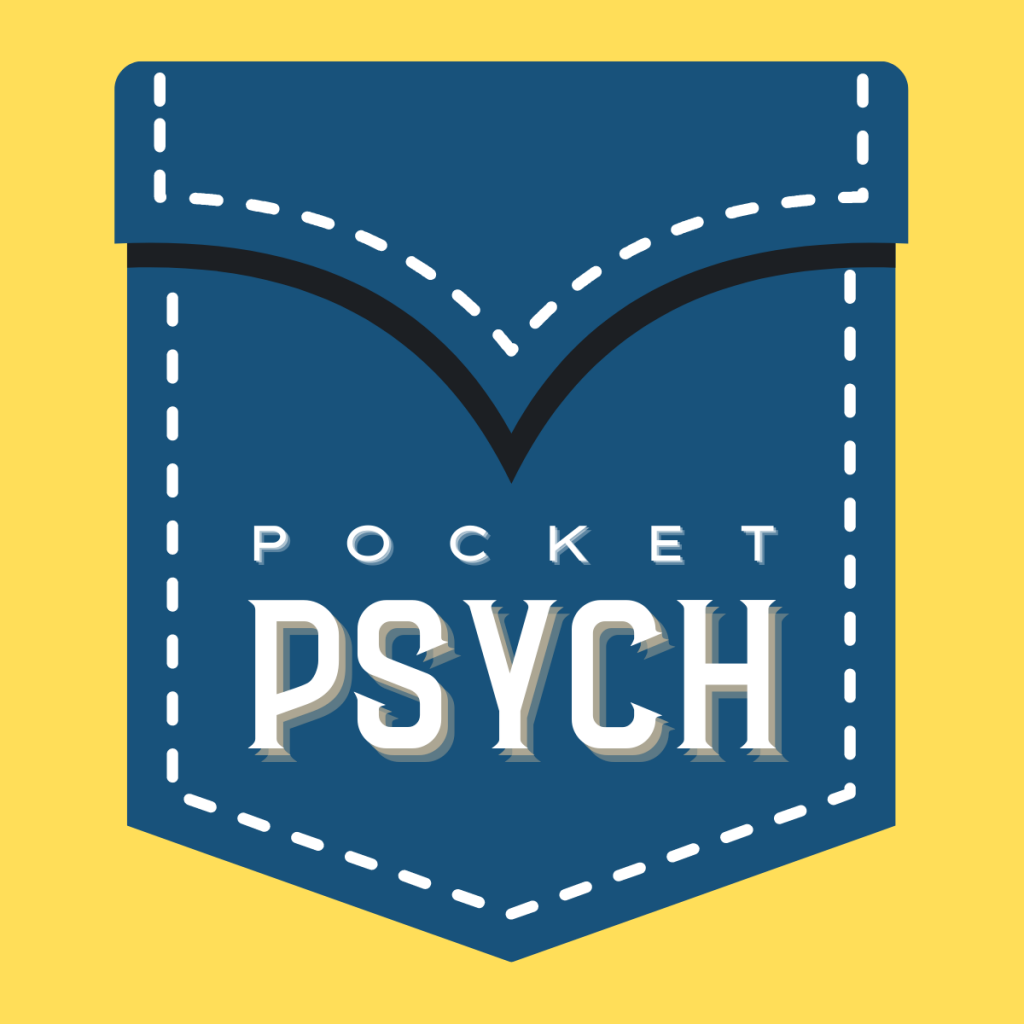 How do you get things done when you have no motivation? The Antidepressant Calendar is a way to build back the motivation that’s been drained by depression.

KELLIE NEWSOME: A lot of people feel depressed from time to time, but what makes that a medical illness? Actually, it’s not. When people say they feel depressed, they usually mean they feel sad. The words have gotten all mixed up. But if you’re suffering from clinical depression – what we call Major Depressive Disorder – you need to understand what it’s all about so you can get out of it. In this episode we’re going to give you two tools that can help you get out of depression, but first let’s clarify what depression is.

CHRIS AIKEN: So depression is more about what you do than what you feel, but no doubt people with depression often feel sad, anxious, or they just don’t feel anything at all. So emotions do get mixed into this, but they are not the core of it. Really, there is no such thing as a diseased emotion – all emotions are normal and most of us experience a pretty broad range of them throughout our lives. Emotions are signals that guide our actions – they warn us that danger is near (anxiety), or that something really good is going on (pleasure), or that it’s time to step back and rethink things – that’s what sadness is for.

KELLIE NEWSOME:  And that’s where there is some overlap between sadness and depression: Sadness is when it’s functional – it’s working for you, and depression is where it’s not working at all. So how can sadness work for you?  Well, imagine you’ve made some mistakes at work and you’ve been put on probation. That might be a good time to step back and rethink things.  Probably when you go to the office the next day you should play it safe and not do anything that could risk your job any further.  And while it may be tempting to argue with your boss about the probation, that may not turn out so well – better to be humble and acknowledge your mistakes.

CHRIS AIKEN:  Kellie just described some of the key symptoms of depression:

The difference is that in this story all those so-called symptoms are actually very functional, so this is not a story of depression at all. We all have a lot of cards to play – the hopeful card, the angry card, and the depression card – and in this case the depression card worked pretty well. But what if the depression card was all you had?  What if you retreated and stewed over problems, and were afraid to try new things or speak up for yourself no matter what the situation? That’s clinical depression.

KELLIE NEWSOME: And that also points to the way out of depression – it’s to find a few more cards to play. Now, if you’re really depressed, you may be thinking “Sorry, I don’t have any other cards in my hand.” We get that. And that’s where therapy can help. I’ve never met a patient whose deck was stacked 100% with depression. But even if it’s 90%, a therapist can help you find those other cards to play. If you’re listening to this podcast, then you’re probably not playing the depression card. Hopefully you’re going to learn something new, and try something new – and depression is not about doing anything new at all.

CHRIS AIKEN: The reason it’s good to have a therapist help with this stuff is that depression can make it hard to see possibilities or solutions even when they are right in front of them. The way it does this is by wearing down the dopamine in the brain – that’s the part of the brain that finds life rewarding, meaningful, and pleasurable. When you can’t feel those things, your brain is not going to light up when a good idea passes through your head, and you’re not going to act on it. One patient put it this way: “Depression is like you’re sitting around all day doing nothing, and meanwhile there’s a movie playing in your head of all the things you should be doing but you just can’t do them, and you feel all the worse because you’re not doing them.” There’s a reason for this, and it has to do with how the brain makes decisions and takes action. First, the frontal lobes – that’s at the front of the brain near the forehead – generate a lot of ideas and solutions. It sends those back to amygdala – the emotional center – which assigns some emotional weight to each idea as if it was stamping 5-stars, 4-stars, 3…. Or thumbs down. Then the list gets sent back up to the frontal lobes where the final decision is made – and here’s where the magic happens. The frontal lobes will read the emotional stamps, but also apply some logic to the choices, and somehow it manages to strike a balance between emotion and reason – gut feelings and careful calculations. And from that process it picks the strongest candidate, and puts it into motion.

KELLIE NEWSOME: Dr. Aiken just showed us how a healthy brain makes decisions. Now let’s look at how that goes wrong during depression. Suppose I’ve been alone all weekend and am starting to feel pretty bad about it. But my frontal lobes have an idea – I can call up my friend Latisha – we usually have a good time when we go out together – or I could just stay home again. Next, I’ll send them down to the amygdala for review. But my just stamps them both thumbs down – they both sound terrible – staying at home is depressing, and going out is risky. My frontal lobes are left with little to work with, and I end up thinking about all the pros and cons all night without every making a decision – “I should go out, but I don’t feel very social, but Latisha is so nice, but I don’t want to burden her with my negativity, but she’s never let me down, yea but I don’t want this time to be the first – I don’t think I could handle that kind of rejection tonight.”

CHRIS AIKEN: Sound familiar? It’s like the entire decision-making apparatus is broken in depression, and – literally – it is.  Maybe people have told you to “Just do it” or “Try harder.” But that’s like telling someone with a broken leg that they just need to walk faster. It’s not that simple. If you had a broken leg, that doesn’t mean you can’t walk, it just means you need to use a crutch for a while or you’ll hurt it more. And if you have a broken decision making apparatus, that doesn’t mean you can’t make decisions or take action, but you are going to need a crutch to help with that.

KELLIE NEWSOME: And that crutch is a technique we call the Antidepressant Calendar. It comes from a psychotherapy for depression called behavioral activation, and while you might get a good start with it through this podcast it does work better when you do it with a therapist. The idea is that you really have two voices arguing with each other when you’re depressed – one says stop and one says go – one says do it and the other says no.  To get out of depression, we want to support “do it” voice. That’s where the calendar comes in. Last week we talked with Brett Stevens about how he developed a morning routine to stabilize the mood swings of bipolar disorder. Here’s how he got started with the antidepressant calendar to overcome depression:

KELLIE NEWSOME: Here’s how you can get started. Make a list of 7 things that might be worth doing next week. They don’t need to be grand. Walk in the park, watch a funny movie, clean underneath the sofa, and don’t forget about self-care – take a shower, brush your teeth… these are all good ideas for your calendar. Next, write them in on your calendar so you’re doing 1 every day. This part’s very important – each one needs a time and place. It’s not enough to write “Walk in the park.” Instead, write “Walk at Grandview Park from 10 to 10:30 on Tuesday.” Also, like Brett suggested, schedule some time to do nothing every day – well, actually it’s impossible to do nothing – but you know what I mean: “Sit on the porch and stare at the trees from 1 to 1:30 on Monday.

CHRIS AIKEN: Don’t worry about choosing the right things – anything will do here and it’s fine to flip a coin if you can’t make up your mind. If you can’t think of anything, check out the notes for this podcast where we have a link to psychoeducation.org’s list of 150 Things to Try When You’re Depressed. The goal is to do all the decision making once a week when you make the calendar – since that’s the hard part. Then, when the time comes on the calendar, you don’t have to go through all that mental browbeating to make a decision – you simply do what’s on the calendar.

KELLIE NEWSOME: And if you have depression then you know how miserable all that indecision and browbeating can be. Here’s how Brett’s therapist helped him clear out all that chatter and doubt in his head…

CHRIS AIKEN: Thanks for listening, and if you liked this podcast let us know by leaving a review in your Apple store. We read them all. We’ll be back the first Monday of every month – next time with a guide to better sleep.

About the Carlat Report

The Carlat Report is an independent publisher of all things psychiatric. Its books, journals, and podcasts have operated free of advertising and pharmaceutical industry support since 2003.

The Antidepressant Calendar: Therapist Edition
150 Things to Try When You’re Depressed
Therapy in the Med Visit: An Interview with Donna Sudak
How to Sleep: CBT for Insomnia