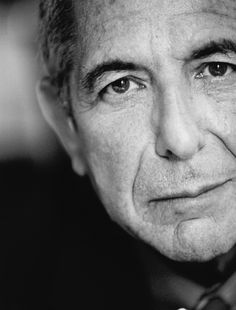 This is a study that seems too good to be true. A simple meditative exercise, practiced 30 minutes a week, treated bipolar II depression better than cognitive behavioral therapy (CBT). Not just a little better, but a lot (i.e. the effect size, or difference between the two treatments, was large, as was the sample size of 622 patients).Pandya

There must be some catch here. My first thought was that this meditation must be pretty complex, requiring a higher-order mastery of Zen-like concepts that baffle the uninitiated. But no, the details are quite simple, involving a few body positions that barely qualify for yoga and brief thought-exercises that a 6 year old could handle (and probably handle better than most of us).

Wait, but this was an international study that took place in Africa and the Middle East. Perhaps it only works in areas where there’s a cultural predisposition to these meditative concepts. But no, over half the sample was Christian, as were many of the meditation instructors. Only 40% of the patients were of meditation-friendly faiths (bolded above), and yes the treatment did work a little better in those groups, but not enough to explain this effect. Probably more relevant was the fact that meditation worked better in those who practice it regularly (30 minutes a week).

In the end I could only find one major flaw with the study. The CBT may not have been up to par. The study was designed so people would spend equal amounts of time with the CBT therapists as they did with the meditation instructors (10 sessions each). As you see in the pictures below, more than half the patients attended all the meditation seminars (65.9%), but fewer than half (36.3%) attended all the CBT sessions.

That poor attendance suggests some problems with enthusiasm about the CBT that was going on. Especially considering the therapy sessions were free, and patients received gift cards for every session they attended.

We could, however, flip that criticism on its head and say that meditation not only worked better, it was also more enticing and engaging.

So how can 30 minutes of meditation a week treat depression? It didn’t, at least not right away. This treatment built slowly over two years, and that might explain both the novelty of this finding and the strength of the effect. Western medicine focuses on short-term gains, which is great for bacterial infections but not quite right for chronic problems like bipolar depression.

Maybe if we looked a little further down the road we’d find more answers like this one. That’s what happened with lamotrigine (Lamictal). This mood stabilizer failed to treat bipolar depression in 6-week studies, but the manufacturer took a bold step of testing it out over 1.5 years and found a big preventative effect.

And that’s what happened when Allison Harvey tested out a behavioral strategy for sleep (CBT-i-bp) in bipolar disorder.Harvey After two months, the treatment had little-to-no effect on mood:

But 6 months later the patients who undertook this behavioral program (CBT-i-bp) experienced an 8-fold reduction in mood problems (hypomania and depression):

The behavioral steps in Dr. Harvey’s study are laid out from morning to night in The Depression and Bipolar Workbook and in this podcast (or search for Carlat Psychiatry in your podcast store and scroll to the 6/8/2020 episode).

“I’ve taken a lot of Prozac, Paxil, Wellbutrin, Effexor, Ritalin, Focalin. I’ve also studied deeply in the philosophies of the religions, but cheerfulness kept breaking through.”

The Poet Got There First

So what does the poet Leonard Cohen have to do with all this? After decades of suffering from debilitating depression that some have speculated was on the bipolar spectrum, Cohen’s depression finally “dissolved… by imperceptible degrees” when he moved to Mumbai – the same city where this study came from – to practice meditation.

Try it out for yourself. The full directions for this simple meditation are at the top of an article I wrote for Psychiatric Times.