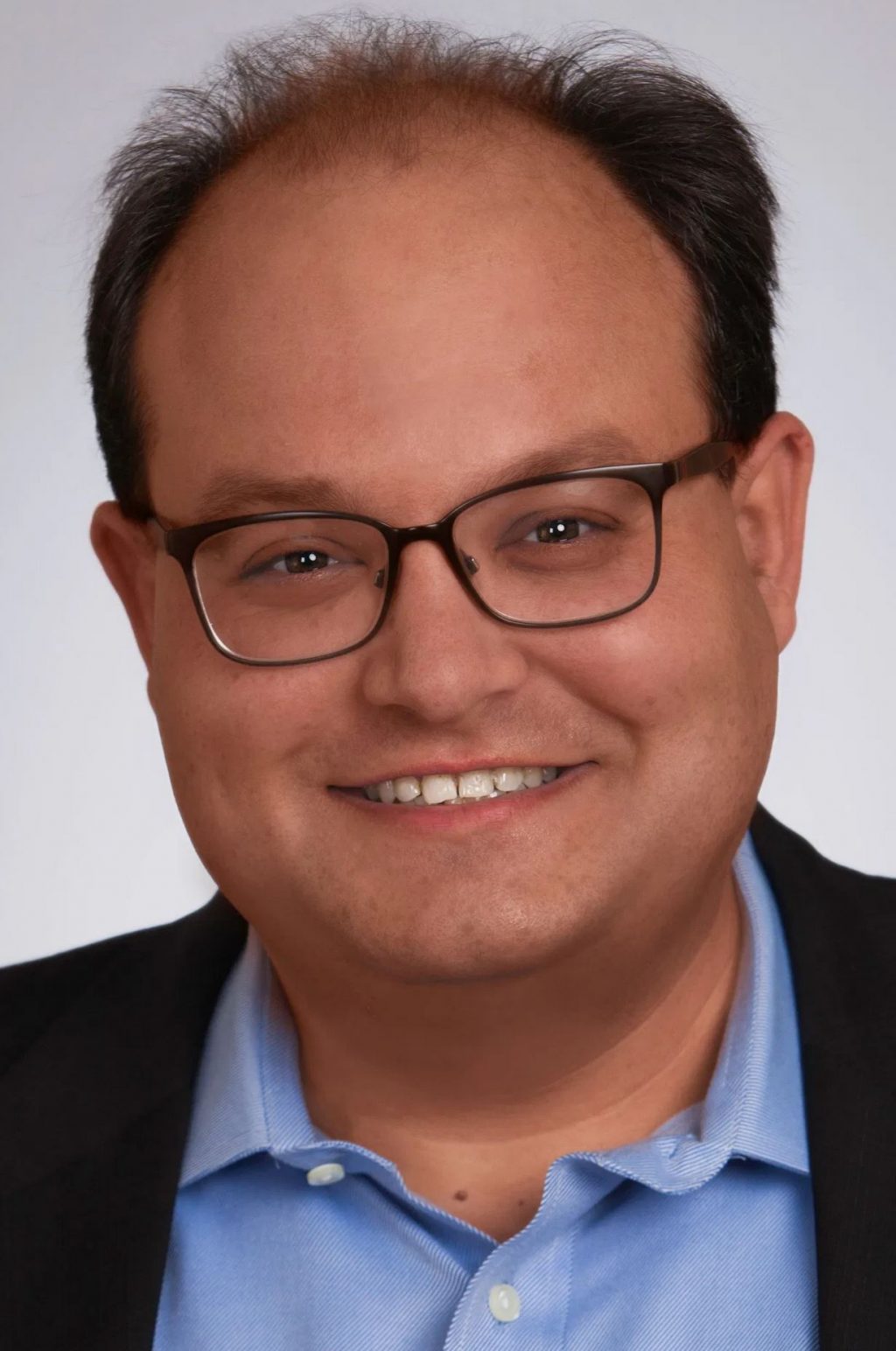 Retractions are on the rise in medical research, and we get to the bottom of it with Ivan Oransky, cofounder of RetractionWatch.com.

Can you personalize antidepressant selection, use antipsychotics in dementia, or treat adolescent OCD with brain surgery? Yes, you can…. Oh wait – maybe not. All of those articles were…. retracted.

CHRIS AIKEN: The Lancet. The New England Journal of Medicine. JAMA Psychiatry. These are names we’ve come to trust. But not if we’re talking about the major papers they’ve retracted this year. Two of those were about the coronavirus – the authors pulled their study after it was revealed that no one – not even the authors themselves – could verify the data which was provided by Surgisphere, a healthcare analytics company.

The third was in our own field, and its authors included two of the most widely cited authors in psychiatry –  Toshiaki A. Furukawa Andrea Cipriani. This paper claimed to come close to the Holy Grail of psychiatry, concluding that “it may be possible to select specific antidepressants based on some specific characteristics of unique patients.” Their analysis – which was based on comparing the variability in antidepressant response to the variability in placebo response – was based on a flawed statistical method and the paper was retracted.

Retractions have been on the rise in the past 20 years, but what does that mean? Are researchers just getting sloppier, or unethical, or is the scientific community just doing a better job at policing the work? Ivan Oransky has been keeping tabs on the problem through the non-profit website Retraction Watch. Dr. Oransky is also a psychiatrist or – let me retract that – he almost became a psychiatrist. After a promising start as a resident in Yale’s psychiatry residency program, where I met him 20 years ago, he left the field to become a medical journalist. Our loss, their gain.

CHRIS AIKEN: So, Ivan, why do articles get retracted?

CHRIS AIKEN: I also see a lot of corrected articles. What’s the difference between a retraction and a correction?

KELLIE NEWSOME: Maybe you heard about a major study in 2010 showing that antidepressants reduce the risk of suicide? It was retracted by Acta Psychiatrica Scandinavica because of flaws in the analysis, and the conclusion no longer held up when the flaws were corrected. Antidepressants are only known to reduce suicidality in the elderly, and there’s some evidence that the risk of suicidal ideation can slightly increase when antidepressants are used in patients under age 25.

CHRIS AIKEN: You mentioned 20% of retractions are just honest mistakes. Why don’t those get treated as corrections?

KELLIE NEWSOME: In 2014 a small randomized controlled trial appeared in JAMA Psychiatry claiming that gamma knife surgery treats severe OCD. Later it was discovered that one of the patients had been misclassified has having positive response, and the correctly analyzed results were no longer significant.

CHRIS AIKEN: What happens to retracted papers? Do they still get read and cited?

KELLIE NEWSOME: The first recorded retracted paper in the English language was in 1756. At the time, scientists around the world were scurrying to figure out the nature of electricity.. what was it made of? Where was it stored? And how did it move from one place to another. In the American colonies, Benjamin Franklin proposed that electricity flowed from positive to negative charge, but another Benjamin – England’s Benjamin Wilson – attempted to refute Franklin’s theory in a series of experimental papers. Wilson later realized he was wrong and issued a voluntary retraction to the Philosophical Transactions of the Royal Society in 1756.

CHRIS AIKEN: Some of these retractions are voluntary, and others are quite contentious. The authors may even enlist lawyers to fight the retractions. Does that influence what we’re told about the retraction? I mean, I’ve seen papers that were retracted for reasons that may not affect their ultimate conclusions – like they were pulled because a few sentences in the introduction were plagiarized, or they didn’t meet institutional review board or IRB requirements. But now I’m wondering – maybe that’s just the tip of the iceberg – could it be that other things went wrong that didn’t make it into the retraction notice?

KELLIE NEWSOME: In 2011, a small study from Yale appeared suggesting that rapid injection of ketamine was safe and effective for suicidal patients in the emergency room. The paper was retracted, and other authors were not able to replicate it – a slow infusion remains the preferred method for ketamine.

CHRIS AIKEN: Your group looks at retractions across all fields of science, but how big of a problem are retractions in psychiatry?

KELLIE NEWSOME: Sometimes meta-analyses are retracted because they double-count the subjects. This is an honest mistake. Researchers may publish the same clinical trial data twice, although they are supposed to make that fact clear it isn’t always, and when it’s not it give the impression that more people were tested with the treatment than there actually were. This was the case with two meta-analyses from 2015, one that concluded that antipsychotics are safe and effective in dementia, and another that over-inflated the effect size of ketamine in bipolar depression.

CHRIS AIKEN: Is the pharmaceutical industry driving a lot of the problems with retracted papers?

CHRIS AIKEN: There used to be a big problem with the pharmaceutical industry ghost writing papers – does that still happen?

KELLIE NEWSOME: A 2015 meta-analysis in Psychiatry Research concluded that intranasal oxytocin reduces psychiatric symptoms, but the conclusion was based on an data error. Oxytocin, it turns out, worked no better than placebo. When they were entering their data, they didn’t think that placebo would ever beat oxytocin, but it did, in seven comparisons. So the computer counted each placebo win as a win for oxytocin, vastly inflating the effect size which – when analyzed properly – was nil.

CHRIS AIKEN: I came across some terms that were new to me on your website and I’d like to run through them with you. What is “rigged peer review”?

What are “citation rings”?

What are “paper mills”?

What is “authorship for sale”?

Ivan Oransky cofounded Retraction Watch with Adam Marcus in 2010. When they started, there were around 400 retractions per year, and now there are close to 1800. Dr. Oransky is a Distinguished Writer In Residence at New York University’s Carter Journalism Institute and is president of the Association of Health Care Journalists. You can read his work in Nature, MedPage Today, Reuters Health, and Scientific American, among other publications.

Word of the Day

And now for the word of the day…. Benjamin Rush

Ever wonder who that man is in the insignia of the American Psychiatry Association? That’s Benjamin Rush: Physician, founding father, and signer of the Declaration of Independence. In medicine, Rush was a generalist, but he also published one of the first psychiatric texts in America and attempted to classify mental illnesses and develop cures. Some of his contributions are quite notable. He described one of the first cases of an Asberger’s like savant. He led the movement to create more humane conditions for psychiatric residents of the Pennsylvania state hospital.

Dr. Rush also ran a sort of controlled trial of occupational therapy. He observed that lower class patients – who engaged in manual labor while hospitalized like cutting wood, washing clothes, and gardening – recovered faster than the higher class patients who were exempted from such work.

But some of Dr. Rush’s other work is better left… retracted. He believed in blood-letting and mercury therapy long after it became unfashionable, and it’s even suggested that his blood-letting treatments may have hastened the death of his friend and mentor, Benjamin Franklin.