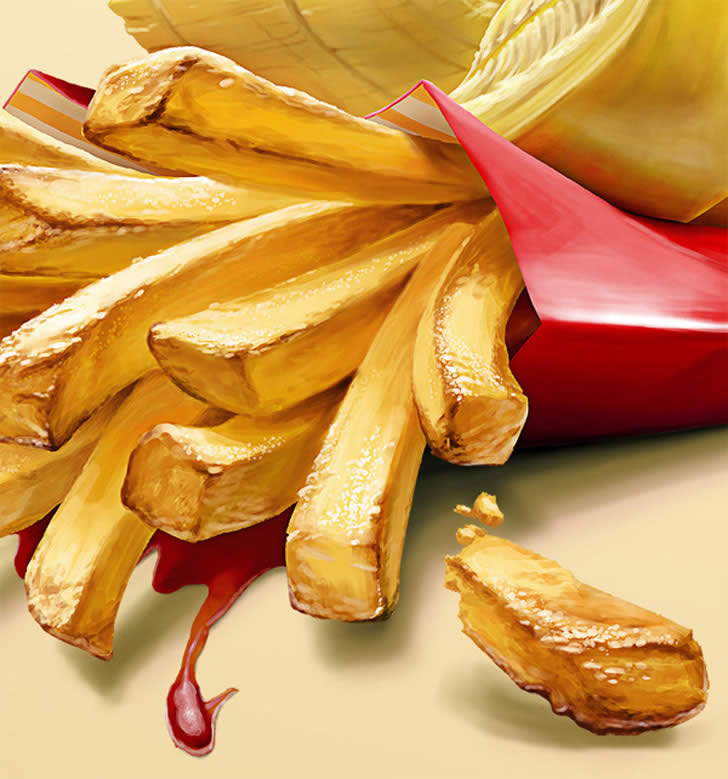 This is a difficult problem to be sure, one that almost everyone getting medication treatment has to consider in some way, because:

Some medications have become famous for this: olanzapine/Zyprexa, divalproex/Depakote, lithium and others are all guilty some of the time (not always; it doesn’t happen to everybody). And now that we’re paying more attention to this problem, it’s becoming clear that other medications can do it: all of the new-generation antipsychotics (aripiprazole is not innocent as the manufacturer tried to make us think; nor does it appear that lurasidone/Latuda is going to be innocent either).

Even some antidepressants that were never really suspect in this way are now known to cause weight gain (slower than the medications listed above, though, and perhaps less often), such as Prozac and Paxil. A 2014 review found every antidepressant except bupropion/Wellbutrin caused weight gain over time when large numbers of patients’ weights were tracked. Blumenthal

How do these medications cause weight gain?

Although there are numerous research studies under way trying to figure this out, the mechanism by which mood medications increase appetite and weight is not clear. Man, I wish we knew. I’ve got my theories about “thrifty genes”being turned on,  and stress and sleep deprivation, all of these somehow being involved in the same pathway the medications are affecting. People with those factors seem to be much more vulnerable to weight gain from medications.

Does exercise work? How can you raise the odds of being successful?

When people talk about medication-induced weight gain, you almost always hear about “diet and exercise”, and usually not with much conviction. Face it, this is hard enough for people who don’t have mood problems, let alone people who have cyclic phases of depression that include being extremely hopeless and unmotivated — not at all conducive to sticking with either diet or exercise. However, the importance of this step should not be forgotten. Exercise clearly has antidepressant effects, for example, that along with all its other known health benefits make it a “no-brainer”. Not that this is so obvious everybody does it, of course.

So let’s have a discussion about exercise. It takes a bit of space, so it was moved to its own page: Exercise, not the usual rap.

3. Then we come to the antidote medications: topiramate, naltrexone, metformin, and acid-blockers. My most updated stuff here (11/2014) is on naltrexone.

The first medication we used as an antidote to medication weight gain was topiramate/Topomax.  It definitely works to blunt appetite, often dramatically, leading to pretty substantial weight loss in nearly half the folks who take it, in my experience so far. Too bad there’s a side effect of confusion and memory problems, which affects at least one person in 2 who tries this medication (that’s a very high side effect rate, especially for something that can really interfere with a person’s ability to function.

Ironically, the cognitive effecsts are just subtle enough that often it takes quite a while for people to figure out that the medication is messing with their ability to think straight. If it wasn’t for that, we’d probably use this strategy much more often (Topiramate has been called “the California drug: it makes you thin and stupid”, as well as a take-off on the trade name Topamax — “stupimax”, because of this problem. You can tell I’m not a big fan of risking these kinds of side effects.)

UPDATE 7/2005: A German research group compared topiramate to placebo, added to Zyprexa in patients who had gained weight on that medication.Nickel Weight loss with topiramate was over 10 pounds in 10 weeks. Unfortunately, for all the measurements they did, they didn’t assess thinking ability (memory, word finding, for example) and just said they didn’t see any cognitive problems.

Three cases of hypomania apparently induced by topiramate have been reported,Kaplan and they do indeed look “caused by” to my eye (no abstract online; you need a helpful librarian like mine). These add to two other reports of mania with topiramate. Schlatter , Jochum That matches my experience, in which I’ve seen topiramate seem to cause agitation rather like antidepressants.

So I am still very mistrustful of topiramate as an antidote solution for medication-induced weight gain; and if used in bipolar disorder, it should be with some caution about worsening the patient’s mood stability as well as his thinking abilities.

And you don’t need Contrave to get the benefits of naltrexone. Naltrexone alone caused weight loss, not just prevention of further weight gain, in patients taking atypical antipsychotics. Not just a little weight loss either. In 8 weeks, those on naltrexone lost 7 lbs while the placebo group gained 3 lbs.Tek

Side effects? about 1 person in 10 or so can’t take naltrexone, even the half-pill dose they used in the weight loss study above, because f nausea. Darn.

You might drink less alcohol, if you’re drinking a lot now. Naltrexone is also used to treat drinking-too-much.

Risks? Naltrexone can bother your liver, although that’s dose-related and the weight loss dose is smaller than the lower-your-alcohol-use dose (25 mg instead of 50 mg). You have to get that checked if you’re going to stay on it.  And beforehand, if there’s any reason to worry about your liver.

This stuff really is better than a placebo, that’s clear. But it doesn’t seem to cause weight loss, just prevents further weight gain in people already heading that way after starting an atypical antipsychotic.  I’ve used it a lot and it has not been a spectacular success, but it’s almost certainly better than nothing.  Here’s a whole page on metformin in this role.

Another antidote, for Zyprexa and Depakote, is the acid-production blockers (H2-blockers), e.g. Axid, Pepcid, and others. One study that looked at this in some detail fount that it worked, at least somewhat: instead of gaining 12 pounds in 16 weeks on Zyprexa, the patients on Axid only gained 6 pounds, and may have been leveling off.Cavazzoni However, a later study looked at the same approach and found and it provided no benefit,Assuncao Interestingly, and sadly: the first study, the one that found benefit from using an H-2 blocker, was produced with the financial support of the company that makes olanzapine. The second study, finding no benefit, was produced with the financial support of a company that makes a competing medication, and began with patients who are already gained a tremendous amount of weight. No fair! That gives you some sense of how you have to watch out for how the research is done in this business. Overall, this approach just has not been very popular among clinicians, which is another bit of evidence that it really doesn’t help much (Zyprexa is such a effective medication, if something made it easier to use, less likely to cause weight gain, that would be a very big deal and would probably get quite a bit of attention). In my view, if we’re going to add an additional medication just to block another medication’s side effects, it ought to work better than this. Especially when there are others which may reverse weight gain, as follows.

The olanzapine manufacturer seems to like this idea much more than metformin. My guess is that metformin treats a problem they don’t want to admit Zyprexa probably causes — diabetes. Update 10/2006: Whereas previously the only study of this approach was by the company who makes the medication, I’ve just come across a study by some independent researchers. Dr. Graham and her team showed that amantadine could stop Zyprexa-induced weight gain even after people had already had a weight increase on the medication. Those on placebo continued to gain, 9 pounds over the 8 week study.Graham

But one person on amantadine (out of 12) dropped out because he or she became psychotic. This is a recognized risk of using amantadine in this setting. On the other hand, amantadine can treat tardive dyskinesia, another serious risk with antipsychotics like olanzapine. Amantadine also has potential mood and cognitive benefits that are just beginning to be explored.

I have tried this approach in three patients. It stopped weight gain in all three but none are still on it. Tremor was the main reason for stopping. For now, until further research is published, amantadine just doesn’t seem worth the risk to me, so I am not routinely offering it. Indeed, I try to use some medication other than Zyprexa to avoid this situation. But I must admit, it’s extremely effective. I would continue to consider amantadine if for some reason my patient really needed to stay on Zyprexa — especially if they’d never had an episode of psychosis before.