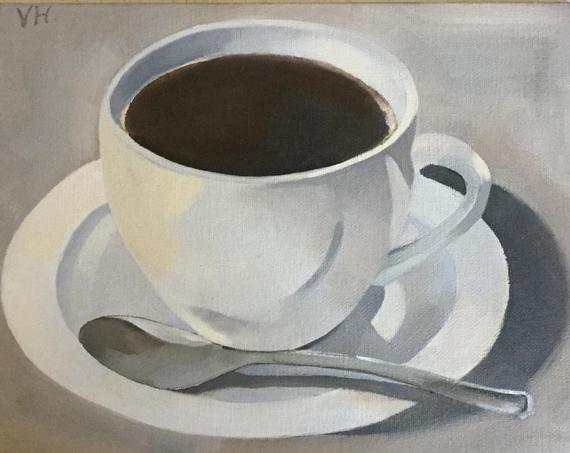 About 1 in 50 US adults use stimulants like amphetamines (Adderall), methylphenidate (Ritalin), and modafinil (Provigil) without a prescription, and 80% of them take the drugs to enhance cognition, not to get high. The ethics of all this are vexing, but putting that aside, how well does the practice work? And how does it compare to drug that most of us ingest everyday: Caffeine.

First, some biology. Caffeine works through adenosine receptors, whereas the prescription stimulants work through dopamine and norepinephrine. Next, let’s see how they compare clinically in this new study.

This study set out to test that in 48 healthy men who had no psychiatric disorders (through screening on the MINI Neuropsychiatric Interview) and did not drink more than 4 cups of caffeinated beverages a day. They were randomized to take either a placebo or one of these three stimulants and then underwent a battery of cognitive tests:

A week later, they took the cognitive tests again, this time with the placebo if they started with a stimulant, or – if they got the placebo first – with one of the three stimulants.

Here’s what happened. Methylphenidate helped with memory – specifically the ability to recall images they had looked at a day before (declarative memory). Caffeine improved attention. And modafinil improved energy but had no effects on cognitive performance. The differences were very small, however, although the results are probably valid as they were in line with earlier studies. The study was small and used a lot of measures, but they did adjust for the “false positives” that can randomly show up when multiple measures are tested.

It may be surprising that modafinil had no effect on cognition. There are cognitive studies showing positive effects with modafinil in normal subjects, but there are others showing no effect so the data is mixed. Overall it is better at increasing energy than cognitive ability. However, modafinil consistently helps cognition in sleep deprived people, which is part of the reason that it is FDA approved for shift-work syndrome.

One caveat to this research. It only looked at one day of testing. In some studies, methylphenidate improves cognition on day one but worsens it on day two. Why? The drug can impair sleep, and there’s no better memory enhancer than sleep. In fact, all of these drugs came with some cost to sleep, as the subjects reported side effects of insomnia, restlessness, and headache.

The Bottom line: Caffeine helps people sustain attention during grueling work, methylphenidate helps with next-day recall, and modafinil doesn’t help much at all unless you’re sleep deprived. However, the benefits are mild, and they come at a cost to sleep, and when people don’t sleep well their concentration gets worse and they crave more…. stimulants.

Artwork: Another Cup of Coffee, by Vicki Hardesty on Etsy

Antidepressants in Bipolar II: What the Experts Do
Do Benzos Treat Depression?
How to Stop Benzos and Stimulants
When Depression Gets Worse on an Antidepressant