Summary: As shown on NBC News and elsewhere, high blood levels of some omega-3’s (such as one gets from fish oil pills) have been associated with increased prostate cancer risk in some studies. But not in others. It would be better to look at a bunch of studies all together. Fortunately, just someone just did.

This new analysis leaves the question about prostate cancer risk open. There may be a risk, but if it’s there, it’s pretty small (takes a bunch of studies put together to find it).

For now, for men, I will be somewhat less aggressive about recommending fish oil supplementation, until some of this dust clears. But for my few patients who have clearly benefited from it, I am not suggesting that they need to stop. As I interpret them, the data are not strong enough to say that (August, 2013).

After a single report on NBC, several of my patients are calling me to ask if they should continue to take fish oil.

Is there a risk? Some studies seem to suggest so, but others did not. Nearly all of the existing studies examined the statistical association between blood levels of Omega-3’s and prostate cancer. They are not looking at the relationship between fish oil pill use and prostate cancer. As you will see, we don’t even have enough information to draw firm conclusions about the blood levels, let alone fish oil pills.

When several study disagree, one approach is to put them all together and see what the lumped data show. Fortunately, someone just did that: Chua and colleagues. Their key figure is shown below. Unless you’re really into this, you’ll probably only want to see two things in the figure:

1.  Look at how many studies there have been: 10 different publications are reviewed here. (The one NBC made a fuss about, from Brasky and colleagues, was just one such study. It is too recent to be included in this analysis.)

2. The big black diamonds show the summed findings. When any part of the diamond lies on the vertical line, it means there is not a clear statistical evidence of risk (or benefit). Where the diamond is to the left of the line, it suggests benefit. Note that the diamond for EPA, the ingredient in fish oil which appears to be the key ingredient for mood benefit, is slightly to the right, but not completely off the vertical line.

These results are not conclusive because the diamonds do not separate from the vertical line. They do for DPA, but that is not contained in fish oil. 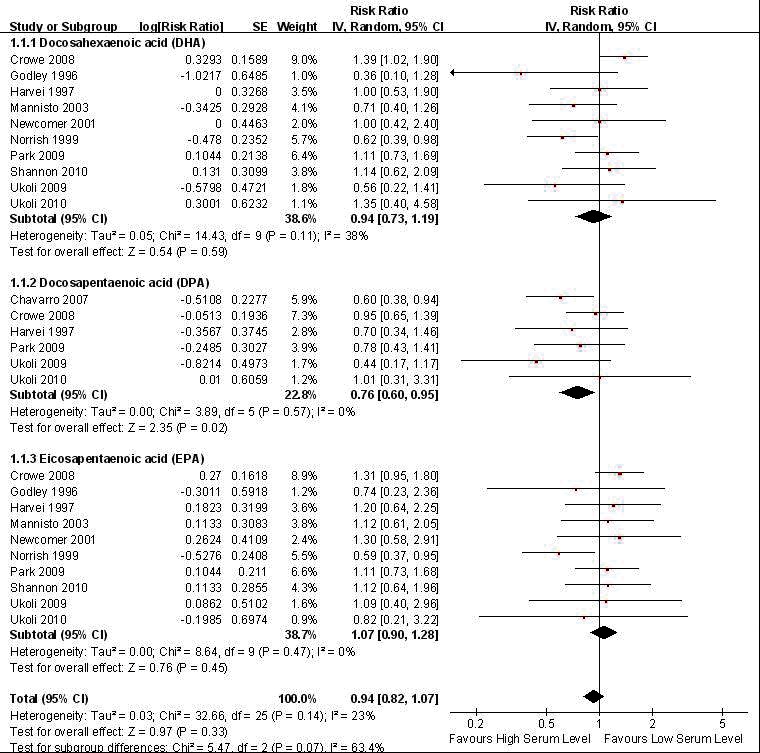 Bipolar 101
Can A Sleep Med Make Antidepressants Work Better?
How to Sleep: CBT for Insomnia
The Rise and Sudden Fall of Zimelidine: The First SSRI Antidepressant