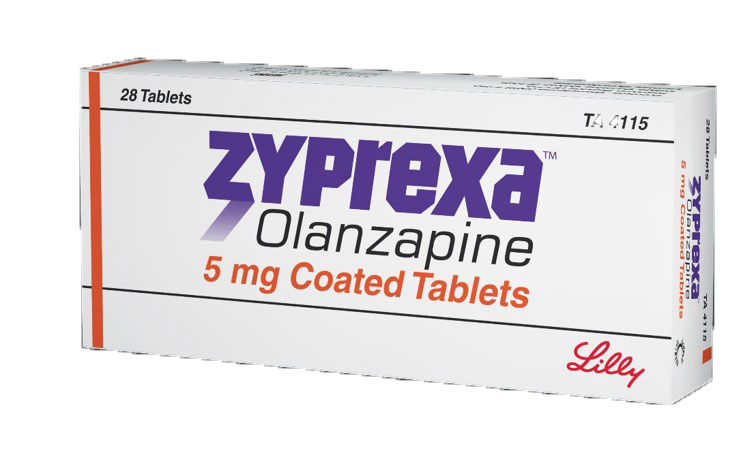 Don’t dismiss this medication too fast.  You’ll hear olanzapine described as an antipsychotic as well as a “mood stabilizer.” (What’s an antipsychotic?) But within weeks of its release by the FDA as an antipsychotic, psychiatrists were figuring out that it had fast mood stabilizing properties. Since then the manufacturer has obtained FDA approval for marketing olanzapine as a mood stabilizer. This means that a doctor could offer you an “antipsychotic” when you don’t have “psychosis” at all. Instead, she could be offering it to you simply because it’s a very fast, often extremely effective medication for the symptoms of bipolar disorder (it even may help antidepressants work in people who don’t clearly have bipolar disorder)Marangell.

This medication can be unbelievably effective, with remarkably few side effects. But brace yourself, and don’t stop reading until the end of this little essay because there may be some good news in sight. However, you need to know that in routine doses (10-20mg) it can cause a lot of weight gain. There is a case report of a 58% body mass increaseBryden, and a recent thorough review ranked olanzapine just behind clozapine in the weight gain championships, at 10 lbs in 10 weeks!Wirshing Twenty-five pounds in a year is not uncommon. Thus the big risk from this medication, the main limiting factor (beside it’s phenomenal cost) to it’s use in bipolar disorder, is this risk of weight gain.

In addition, there is now plenty of evidence that this medication can cause diabetes in some people. Gianfrancesco, Caro, Hedenmalm   Usually, but not always, that’s because of the weight gain it can cause. The FDA requested that Eli Lilly put a warning about this on their package insert.  A 2004 Consensus Statement from the American Diabetes Association, along with the American Psychiatric Association, includes specific warnings about diabetes.

But it’s really good for some problems

Nevertheless, you should be aware of olanzapine for symptoms that simply must be controlled now. It can decrease anxiety, agitation, even the overall negative feeling called “dysphoria” — within 20 to 30 minutes. It has a profoundly calming effect in many people. It can stop “racing thoughts” that can be one of the most severe symptoms of bipolar disorder, especially in Bipolar II — as well as the more obvious symptoms of paranoia or delusions as seen in Bipolar I. Sometimes tiny doses are enough to help a lot, and these doses do not seem to so commonly lead to weight gain (2.5mg is the smallest pill; sometimes even half of that is quite useful in bipolar II).

Because it can treat both mood symptoms and psychotic symptoms, it has a role also in people where the diagnosis is not clear. The doctor does not have to be certain whether you have bipolar disorder or schizophrenia or even depression with psychotic features”: all will respond. It is like a broad-spectrum antibiotic” that doctors can use before they are certain just which bacteria you have. Later more specific medications can be used.

Why switch , if olanzapine works well right away? Fair question. The risk of weight gain and possibly even getting diabetes is the main reason to consider switching (if you’re paying for the medication yourself, that’s the other reason — it’s so expensive, you may not want to buy more than a few pills). The risk of weight gain is higher if you’re thin; people who are already overweight are less likely to see big gains from olanzapine.

Finally, you should know that research is continuing on the use of medications to block this weight gain, or even reverse it.  This is such an important topic I made a page on Weight Gain and Bipolar Treatment to discuss it.

Seven Ways to Help Your Partner with Depression
Antidepressants in Bipolar II: What the Experts Do
Do Benzos Treat Depression?
What is Bipolar Disorder?