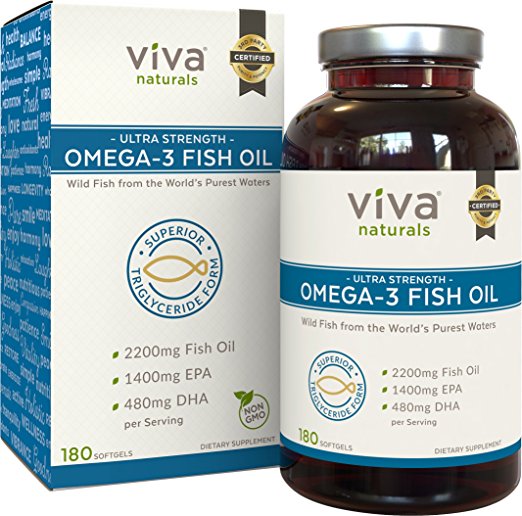 See the fish-oil main page if you just surfed in. Here are some more details from users and from what I’ve found surfing around.

Can I just eat fish?

You might wonder if you could just eat a lot of fish, rather than pills. Here is a table  summarizing how much is in each kind of fish. Below that you’ll find my best effort to summarize what’s out there in pill form.

A study recently showed fish-eating countries have lower bipolar rates than those where fish is not common in the diet.Noaghiul

But most folks are going to have to supplement their diet with pills to get to the doses that the research says is needed to have a mood effect.

You don’t need the expensive stuff. A ConsumerLabs report on fish oils, updated 6/16/13, notes no mercury in any product and no significant issues regarding safety or quality of any product.  A few have slightly less than their listed amounts of omega-3, but several have well more than the listed amounts. It’s tricky as it depends on what the fish were eating…

So it appears that you can focus on:

ConsumerLabs concluded that Kirkland Signature Natural, Swanson EFA Super EPA, and Vitacost Mega-EFA Omega-3 EPA & DHA were the lowest cost at about 1 cent per 100 mg. The Vitacost version has more EPA per pill so you only have to take three a day.  Here are some examples with the necessary math:

The Cheapest: This Kirkland version is the best price overall, but you’d need to take 4/day. The bottle doesn’t list the EPA:DHA ratio but I’ve contacted the company and it is in the correct range (total cost 19 cents/day). It was approved by ConsumerLabs, and you can get it through the Amazon link or at your local Costco.

In all these cases, I am assuming that “quality” is not an issue as I’ve yet to see any evidence, other than from a product’s manufacturer or marketer, that any fish oil product is better than any other. Thus in my view, until such evidence emerges from a reliable source not connected financially with the product, the cheapest version is probably the best option.  But if you have the energy for it, check your top choices against the data at LabDoor (no $connection with me; hopefully they tested yours, among their 30) regarding the accuracy of the labeling and the mercury content.

If you’re just starting and hesitant about the whole idea because this is fish oil after all, an option is to start with the Carlson lemon stuff. Taste is fine, I’m told. Because it’s a liquid — seriously, I’m told repeatedly it tastes fine — you can get to big doses easily. Here’s the math on that:

On Amazon, much cheaper than the Carlson homepage:

Let’s say you go for between 1-2 grams of EPA per day (some positive studies used just one gram; other studies suggest more is better. Split the difference.) That’s two teaspoons a day, because one teaspoon is 5 ml.

Alternatives to fish for omega-3’s

Are there any alternatives to fish oil as a source of omega-3 fatty acids? This is tricky, because although the answer is yes, these other sources have different mixtures of omega-3 and omega-6, in the case of flaxseed oil; or less omega-3 overall, in the case of emu oil; or different omega-3 percentages (of DHA and EPA), in seal oil. So, for now, although you might be able to find a different source, there’s nothing cheaper or less “fishy” that can be relied upon to match the existing research on omega-3’s for mood purposes. Since the results of this research are rather flimsy — so far, anyway — I’d hesitate to move on to some other oil source and potentially reduce the already uncertain benefit even further. Here’s a review of these other sources.

The Queen of Fats — funny title, huh? — will teach you more than you
ever thought was known about types of fats. Buy it from the author’s website or just read her essays, which she has kindly posted, as that might be enough for you! Read Part 1 and Part 2.

Flaxseed oil as an alternative? Flaxseed oil does indeed have an omega-3 oil, but not the same one as fish. The flax one is ALA, which our bodies can convert to DHA and EPA (the fish ones). But this conversion is limited and maybe more limited if your diet is high in another omega-oil, omega-6. Flaxseed oil also contains omega-6’s. More flaxseed details… (Author Allport above would teach you more but this is a quick visual look at it).

Here are some stories people have sent that just don’t sound to me as though they could be placebo responses, although with a single case, the only way to tell about that would be to go on the agent (fish oil in this case) and off it, probably several times. With fish oil that would be tricky as presumably the body supply of this stuff takes several months to pump up and probably several months to run down, so it would be mighty tough to know if something really changes as a result of starting it, or stopping it (because it won’t be a sudden or rapid change, you see?)

However, here are some stories from people who’ve had symptoms for years and/or tried many other solutions, none of which worked like this.

Arthur: “For twenty years I had another problem. As the darkness of night came on, it always upset my nerves, sometimes badly. But this problem seems to have also gone. I don’t know if it was the fish oil, I just hope it never comes back.”

I’ve never responded well to medication. I self-medicated” for years with alcohol and drugs, and have never had an enduring stable relationship with anyone until recently. I am [around 40] years old, a master’s level social worker, and, as an aside, very physically fit (exercise being another “self-medication” technique).

In addition to the above, I’ve tried everything to stabilize my moods, including psychotropic medications and a multitude of supplements. Over a year ago I stopped drinking and became an active member of AA. Though the fellowship has helped to reinforce my confidence in practicing new learned behavior, my mood lability, borderline and PMS symptoms, have persisted.

Four months ago, I began taking Omega-3 fatty acids (360 mg/EPA and 240 mg/DHA twice daily (after breakfast and after dinner). In this past 4 months my relationships with others have improved in ways I could not have imagined, and the emotional reactivity and instability.

I have always experienced in response to the smallest of stressors has all but disappeared. I have thought of stopping the supplements just to prove a point, but I hate to look a gift horse in the mouth. For the first time in my life, I don’t swing up and down and I am dumbfounded.

There are times I feel like I must be a poster child for Omega 3’s. I realize that I have been more conscious of my behavior and have worked to be more mindful of my emotional reactions. But I’m not convinced I could have arrived at this relatively neutral/rational emotional place without the inclusion of Omega-3’s.

At my request she wrote back, giving permission for me to use this statement, and added:

Medications tried: Lithium – 6 months (11 years ago); Zoloft, Prozac, Lexapro, Depakote (various times over past 10 years, but no one drug for more than 1 month). I’m very sensitive to drugs and too health conscious and yes, cynical, to take them. Out of the drugs mentioned, Lithium helped me the most, but had the most side effects, as I’m sure you’re aware. With meds, I’ve not tried them long enough to make any significant observations, but I can say that in general they made me feel physically unwell.

Exercise has always been my primary mood stabilizer. On average, I have exercised 4-5 times per week for 45-90 minutes duration over the past 25 years. For me, exercise has been a quick fix for mood stabilization, but only effective temporarily, and only during the 2-3 weeks of non-PMS cycle. Compared with my response to Omega-3’s, I’d have to say that exercise has had negligible impact overall (within the context of borderline personality behavior especially), though no doubt it has been and continues to be physically beneficial and very uplifting.

The primary difference between exercise and O-3’s has been the sustained mood stability, which has prompted a radical change in my behavior.

Recently, I heard that the indigenous peoples of Greenland, who eat primarily O-3 rich fish, are “even keeled” and rarely experience mood fluctuations. As soon as this information registered, it hit me that I had not experienced any real mood fluctuation in several months. I continue to be amazed.

(and if you’re still going, one more long testimonial)

Back to main Omega-3 page

Fish Oil and Omega-3
How to Stabilize Circadian Rhythms in Depression and Bipolar: An Audio Guide
Fish Oil Dose
B-12 Deficiency Symptoms