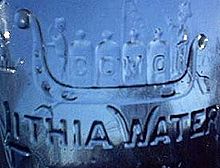 There are now at least three groups of people interested in lithium orotate.

The key for all these groups is to find a dose that is so low it’s almost impossible for it to cause any harm.  But tiny-dose lithium has been marketed as a vitamin, and has created a very significant market, full of outrageous claims.  Until now I’ve just dismissed lithium orotate entirely because of those claims.

Okay, first let’s all calm down (including me) and not judge lithium orotate as necessarily good just because it doesn’t seem to require a prescription; nor necessarily bad because people are selling it on the internet. I’ll even try to hold off on judgment about how we may be losing a scientific mindset when we leap to this kind of thing without a randomized trial versus placebo.

And from that calm place let me acknowledge that lithium orotate could be a good idea, especially for some people. And that, at the same time, we really don’t know. Remember, stuff like this routinely gets a 25-30% response rate, meaning people do indeed get better when they take it, because that’s the placebo response rate in mood and anxiety disorders studies.

Okay, let’s look at the data. The one relevant paper, in my view, is not the Dr. Nieper stuff you read about (here’s a rather thorough review). Instead there’s the small trial from Brazil in patients with Minimal Cognitive Impairment, MCI. The daily dose was only 300 micrograms. Yet in a year, it worked to prevent progression toward Alzhiemer’s. Wow, that dose is even less you get from lithium orotate as sold on the internet – a lot less.

If you’re being a good scientist you’d want a second study, by another research group, also seeing the same positive results.  But that means waiting another year. Oh wait, there is a second study. It had a smaller group of subjects, though, and perhaps for that reason, even though the results went in the same direction as the first study, it wasn’t “statistically significant” (meaning, roughly, it could easily have happened by chance).  Interestingly, this second study used a much larger dose, but not “bipolar” doses:

What to do with these two Brazilian studies?  Different doses. Different outcomes. The second is not a replication of the first, and the first one used an unprecedented low dose.

Here’s a technical review of all this by the authors of the second study, if you wish. Forlenza Note they conclude by asking: “so, are we ready to start using lithium to prevent Alzheimer’s?” and conclude no. Because they are going by scientific and standard medical criteria for judging a therapy. But what if you are facing Alzheimer’s? Might you consider a different standard? One that compares risks, as well as what’s known about effectiveness?

Lithium orotate has received only minimal evaluation in terms of its safety. One 1979 study in rats found it more harmful than the conventional form (lithium carbonate) to the animals’ kidneys. Smith That study seems to have brought an end to scientific study of the orotate approach.

But was it a fair evaluation?  Do the math, a reader says: “the authors cite a dose of 2 mmol/kg of Li. That translates to 14 mg/kg, or >750 mg for a small adult!”  Thank you, Peter.  In testing lithium orotate, the investigators selected a dose roughly equivalent to the full adult human dose (e.g. 1500 mg in a larger adult).

Thus the doses that are sold on the internet, which are far below those used in bipolar treatment, have not been tested for their safety. Even the low-dose lithium tested for prevention of Alzheimer’s, described above (blood level 0.2 – 0.4), is higher than what you find on the internet, which is often as low as 5 mg per pill. By comparison, to get a blood level of 0.2 would generally require about 150-300 mg per day of lithium carbonate, depending on your kidney function.

The single 1979 study leaves open the question of safety of lithium orotate in human kidneys. Is it more or less risky than lithium carbonate, the version in prescription pills?   This is a complete unknown.

Lithium in the water supply?

You’ve probably heard this one. It even made the New York Times, in an article by a psychiatrist.Fels  Lithium is found in the water supply of several cities around the world, at up to 170 mcg/L.   Amazingly, those cities have lower suicide rates than nearby cities with little or no lithium in their water.  (One study did not find this relationship but. there wasn’t as much lithium in the water there; 21 mcg/L or less.Kabacs )

Don’t worry:  putting lithium in everyone’s water is extremely unlikely. You should have seen the fuss that arose in the community next door to mine over putting fluoride in the city water to prevent tooth decay.  It took a couple of doctors campaigning to get it back in after the City Council took it out.GT  And that was just teeth.  Putting something in there to mess with your head ? Forget it.  But with lithium orotate, people could do this on their own. Not that I’d recommend it at this point (see Conclusion below) but it’s possible.

Hold on a minute, though. Microdose lithium may not pose much risk to kidneys. But lithium commonly causes thyroid problems (usually getting too low, “hypothyroid”; rarely getting too high, “hyperthyroid”). One person in 10 develops this problem at standard bipolar-treatment doses. And it’s far more common in women than in men, which means the risk for women is even higher, more like one woman in 5, or even one in 3.

So, what would lithium orotate do to your thyroid state? As far as I know, this too has never been studied (despite all the lithium orotate flying around out there). Maybe 300 micrograms poses very low risk (recall that was the dose in the microdose Brazilian study); but once someone get ups into the 300 milligram range, she definitely needs thyroid testing.

One of the orotate versions I found in looking around just now is 120 mg per pill. This approaches the 150 mg dose of lithium carbonate I use when I’m “tiptoe-ing”.  In older folks especially, it would not be safe to use 120 mg of lithium regardless of form without knowing how your kidneys and thyroid are working. I’m surprised the doses have gotten that high (a few years ago they were far lower. Looks like the companies are competing with one another and in the process they’re approaching doses that now present some risk).

But even a higher-dose lithium orotate pill contains less than one-third the dose of a low-dose prescription lithium (carbonate), as shown in the table below.  Values here were extracted from calculations by Professor Peter Gray at Central Washington University.

For my patients with MCI (minimal cognitive impairment), I’m checking their kidney function and in several cases prescribing lithium. This is based on the two Brazilian studies. And it’s based on the basic science behind these trials, which is substantial and also suggests this approach ought to help. And because very-low-dose lithium is easier to use safely than full-dose lithium.

Could someone just start taking lithium orotate for the same reasons? I can see why someone would be tempted: get lithium’s potential brain benefits, no doctors, no blood tests. How big a dose can one take safely in this fashion? Unknown. Is it safer to use lithium carbonate, say 150 mg, the lowest available prescription dose, than to mess with orotate, which is so untested? I think maybe so:  at least that way you can get your kidney and your thyroid checked too.

Lastly, does it accomplish anything to take tiny-dose lithium, like they used in the first Brazilian study?  Now there’s something I’d love to know, and when someone repeats that study, if they get the same result, I’d think nearly everyone would want a 300 mcg pill. Or come to Ashland, Oregon and have a sip from the public fountain once a day.

Seven Ways to Help Your Partner with Depression
Antidepressants in Bipolar II: What the Experts Do
Do Benzos Treat Depression?
When Depression Gets Worse on an Antidepressant