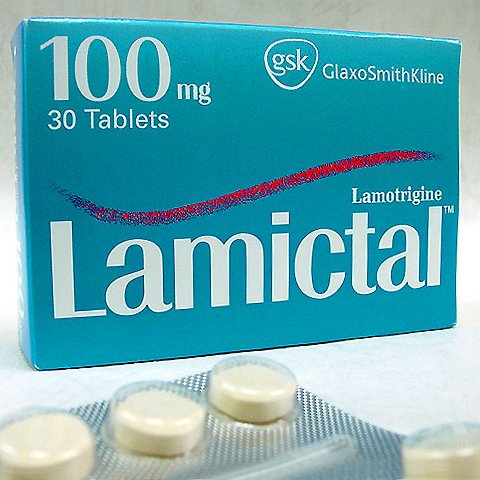 Lamotrigine is another anti-seizure medication we psychiatrists have borrowed from the neurologists. They have been using it now for about 10 years. Surprisingly, several different research studies have shown that in addition to mood stabilizing effects, lamotrigine has clear antidepressant effects as well. Unfortunately, it does not have reliable anti-manic effects, so it’s not enough, alone, for Bipolar I. But for Bipolar II, it can be perfect– indeed, the holy grail: 100% symptom control, 0% side effects. (just one big, short-term risk, as you’ll see below: the Rash story)

If I had only one medication for patients with bipolar II, lamotrigine would be it for sure (a team of experts seems to think likewise, having placed lamotrigine first in their list of treatments for bipolar depression, in the most recent revision of their practice guidelines.CANMAT 2009 But wait, where’s the evidence that this stuff really works? (not just Phelps’ enthusiasm or the Canadian guidelines)

Well, after one article which found that lamotrigine was not really any better than a placebo, which a bunch of other lamotrigine enthusiasts found hard to believeCalabrese, the same author participated in another “meta-analysis” (a review of existing studies and re-examination of their data) which found that sure enough, lamotrigine was quite strongly effective in people with severe depression. It was not so impressive in people with mild-moderate depression.Geddes I wonder if after the first paper, Dr. Calabrese said to himself, wait a minute, that can’t be right, I know that stuff works (he had published some of the original research showing it does). So he repeated the analysis in a more sophisticated way, splitting out the severe depression folks from the rest, and there was the result that matches our clinical experience of the last decade. This is such an important study, I’ve written a separate page to show you details if you’re interested: lamotrigine works.

Lamotrigine can make you worse, too (darn)

The antidepressant effect could be a bad thing if it can “destabilize” bipolar disorder as typical antidepressants can do. There is little published evidence of such an effect; indeed, in the largest placebo-controlled study so far, no patients had manic symptoms triggered by lamotrigine.Calabrese Dr. Calabrese himself speaks very confidently that lamotrigine does not cause manic symptoms. But I am sure I’ve seen that happen (a colleague who uses it a lot and I were surprised to discover our estimates were remarkably similar, about 1 person in 20-30 getting worse, like they had from taking an antidepressant).  But there is one case report describing hypomania apparently induced by lamotrigine.Margolese

Update 1/2006: Three cases, carefully selected to suggest lamotrigine’s potential to bring on manic symptoms, were just published this month.Raskin The authors comment that a rapid dose increase was used in all three cases and that this might have influenced the apparent association of lamotrigine and the manic symptoms described. But as of 12/2014 I’ve now seen this happen many times; there’s no doubt left that this is not only real, but fairly common. I think our earlier estimate of 1 person in 20-30 is about right.

One more minor issue, for me to remember. If you’re on quetiapine/Seroquel: a recent study found a very significant decrease in quetiapine blood levels in people who were also on lamotrigine.Andersson For patients on both, quetiapine levels (for any given dose) were 60% lower than the levels of patients not on lamotrigine.

The main side effect concern (besides this one, there are amazingly few) for lamotrigine is not really a side effect but an allergy: this medication can cause a serious skin rash, about 1 time in a thousand patients.   Starting the medication very slowly decreases the likelihood of this rash. I use a slightly slower start than the manufacturer recommends, which might lower the risk a tiny but further.  (Several of my colleagues had “evolved” similarly slow rates, we discovered when comparing notes!)

Just to make things complicated, there’s a safe rash (“benign”, meaning not dangerous, though bothersome) that happens to about 1 person in 10.  My main reason for going slowly is to avoid this benign rash, because when it happens, it freaks people out (we just finished telling them about this dangerous rash that 1 in 1,000 get, see?)  Since going this slowly, I’ve had fewer patients develop a rash at all.  (I haven’t had a patient who got the big bad rash yet, after using this medication for 20 years. I’ve written hundreds of prescriptions for it, probably close to 1,000.  At this rate most doctors would see one of these rashes in their entire practicing lifetime. Of course when I tell my patients that, many think “oh, you haven’t had yours yet? It will probably be me….”) See more on “handling the rash“, especially if you’re a doctor with concerns about using this medication.

The rash is nearly the only side effect of concern with this medication. Except for that, I’ve only had to stop the medication in 2 women for ankle swelling, and sometimes for hair loss (yes, it can do that; not very often). Sometimes it just doesn’t work, and sometimes it seems to potentially be making things worse (like an antidepressant might do), but only extremely rarely is a person simply unable to take the medication due to a side effect problem of any kind. That is a remarkable track record compared to many of our other medications. No weight gain problems have been described, or seen by me, for example.   There is a rare chance of a really bad headache, called “aseptic meningitis”.but that is so rare, it took years to figure out that this medicine could cause it (40 reported cases in 15 years).

How does this stuff work?

(reviewed 11/2014)
Basically unknown; something about glutamate and/or fast sodium channels seems to be involved.  I added this note just so that I could link an interesting article on volunteers who took lamotrigine and experienced a reduction in anxiety while public speaking. The medication decreased the cortisol response to this stress.Makatsori

A second 2008 article on this subject: might lamotrigine actually do something to Serotonin, perhaps in a fashion similar to typical antidepressants like Paxil/paroxetine? A research paper describing changes in serotonin concentrations similar to those produced by Paxil was just published.Sagud The authors did a good job tracking other variables that might have influenced their findings. At this stage, their results are just a very preliminary signal that perhaps lamotrigine does indeed do something serotonergic, possibly similar to what conventional antidepressants do.