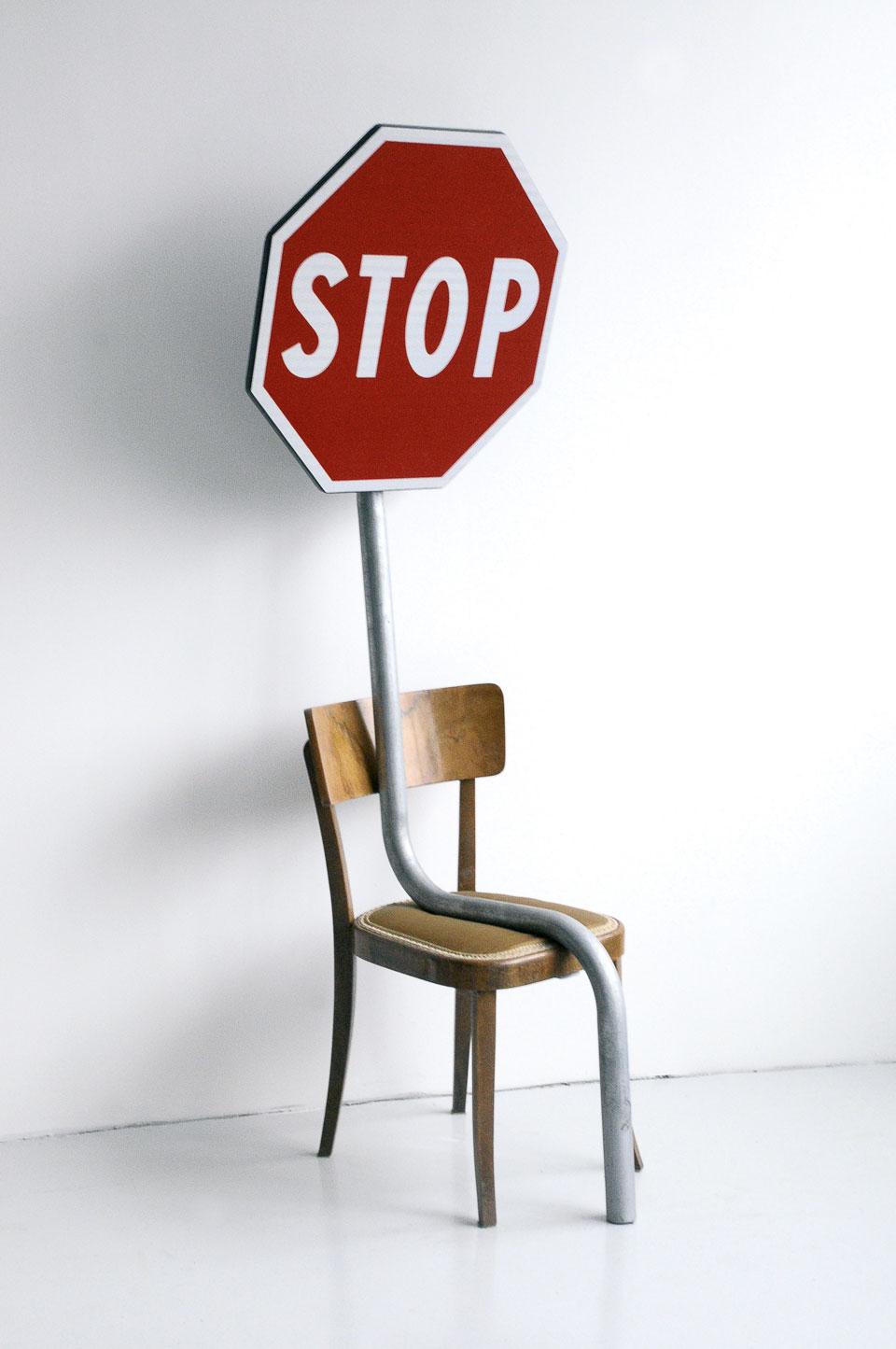 Swapnil Gupta shares when and how to come off psychiatric medications in this podcast. Plus, tips on cross-tapering antidepressants, and the word of the day: Ephedra.

Dr. Gupta: I think more than the initiation of those drugs, my concern is with you know the continuing prescription of these medications without reevaluation or at least periodic reevaluation for their need. We need to be talking about stopping or discontinuation at the time of prescribing.

KELLIE NEWSOME: That was Dr. Swapnil Gupta, a coauthor of the first psychiatric textbook on deprescribing. This month’s Carlat Report features an interview with Dr. Gupta, and we’ll pull some of the highlights today.

CHRIS AIKEN: Dr. Gupta, there are a lot of books out there about coming off psychiatric medications, but most of them are from the anti-psychiatry movement. How is your book different?

Dr. Gupta: I think that none of the authors of this book will contest that there is a place for psychotropic medication, and that in certain situations they can be extremely beneficial for the patient. I think that’s the biggest distinction between our book and some of the work that has been done previously.

CHRIS AIKEN: Polypharmacy has been on the rise. Was that part of what inspired you to write this?

CHRIS AIKEN: What are some areas where we keep patients on medications too long?

Dr. Gupta: I think the answer to that question is on a continuum. I think there are some areas which could be considered relatively “low-hanging fruit.” For instance, anticholinergics prescribed to control extrapyramidal symptoms arising from antipsychotics. So those are medications where the doses could actually be reduced after six to eight months or you know even discontinued. And even though in maybe an average healthy person they might not have serious side effects, there are small side effects that can actually add up and reduce quality of life. For instance, dry mouth and having to carry a water bottle around with you all the time; it’s a hassle that reduces quality of life.

The other medications, again, which would be relatively easier to be prescribed, would be something like antihistamine drugs: Hydroxyzine (Benadryl, Atarax), which we tend to use very often. Things like trazodone, which end up being prescribed for sleep despite the fact that it is a pretty effective antidepressant.

And then moving on to slightly more combinations of things like combinations of antipsychotics where we don’t know if the combination is really needed or not beyond a certain point of time. And if we look at the evidence base, we certainly don’t have evidence for combinations except for perhaps aripiprazole; that medication has a slight edge in terms of combination.

CHRIS AIKEN: Dr. Gupta was referring there to antipsychotic polypharmacy in schizophrenia, where augmentation with aripiprazole (Abilify) has been shown to reduce metabolic side effects and hyperprolactinemia. Clozapine also has some evidence in antipsychotic combinations, where it reduced hospitalization rates. Another area where she saw unnecessary polypharmacy in schizophrenia was augmentation with divalproex (Depakote.

Dr. Gupta: I think another area is divalproex added to antipsychotics. I think in clinical practice we see that often happening when patients are admitted to inpatient units. And in those situations divalproex has been seen to have some effect in controlling aggressive behaviors.

The usefulness of divalproex as an add-on medication is again contestable. There are multiple, I think, at least multiple studies on that and there is one Cochrane review on that. I understand the Cochrane Review almost, you know, debunks evidence for efficacy of most drugs.

CHRIS AIKEN: Right, nothing works in a Cochrane review. Is your point that divalproex may be useful for short-term control of aggression during a hospital stay, but that it doesn’t have a role in the long-term management of schizophrenia?

KELLIE NEWSOME: In our online interview Dr. Gupta discusses when it’s appropriate to discontinue an antipsychotic in schizophrenia and other psychotic disorders, how she goes about discussing this with the patient, and the nuts and bolts of how she taper it. She also explains the evidence for and against the dopamine supersensitivity, which suggests that antipsychotic withdrawal can induce a new psychotic episode that is very different from the patients past psychoses, and may even induce new psychotic episodes in patients who have never had psychosis before.

Dr. Gupta: It is so embedded in our clinical culture that if someone discontinues their antipsychotic and develops antipsychotic symptoms again it is instantly interpreted as a relapse. And we don’t really think about the fact that this might be a rebound psychosis. And most likely it is somewhere in between where someone has a predisposition for becoming psychotic, and the abrupt dopamine excess that is created by the abrupt discontinuation of D2 blockade ends up causing the psychotic episode.

KELLIE NEWSOME: There is not much research to guide the tapering psychiatric medications, so I found Dr. Gupta’s wisdom very helpful. And her experience is not limited to one population. As an attending at Yale Medical School she worked with homeless patients, where she treated schizophrenia and severe personality disorders. She now works in an outpatient office at Mt Mount Sinai St. Luke’s on the Upper West Side of New York City, where the disorders she sees range from mild mood and anxiety disorders to more severe psychotic and bipolar disorders.

Dr. Gupta is a coauthor of Deprescribing in Psychiatry and an Associate professor at the Icahn School of Medicine at Mount Sinai

CHRIS AIKEN: Also in this month’s issue is a research update on how to cross taper antipsychotics – do you stop one and start the other, slowly lower one while raising the other, or add in the new antipsychotic and wait until it’s reached a therapeutic level before tapering the old one off? Find out online, but in the meanwhile here are some tips on cross-tapering.

When switching between antidepressants, there’s little to guide us and the decision of how to cross taper will depend on whether the patient views the old antidepressant as helpful or harmful. The nocebo effect informs a lot of this – that’s when patients get worse when medications are changed for reasons unrelated to pharmacodynamics; in other words – it’s the opposite of the placebo effect.

But there are two areas where pharmacodynamics do inform the taper. One is when tapering from a serotonergic antidepressant to a different antidepressant.

Here there is a risk of serotonin withdrawal, so how slow you’ll need to go depends on how prone the patient is to serotonin withdrawal. If you’re switching to another serotonergic medication, like from one SSRI to another, withdrawal is less of a problem but may still occur because they don’t all bind to the serotonin receptor with the same potential. And keep in mind that the new serotonergic medication vortioxetine (Trintellix) does not cover the same ground as the SSRIs and SNRIs, so taper the old antidepressant slowly when switching from an SSRI or SNRI to vortioxetine.

The other dicey area is with MAOIs. Here the risk is of serotonin syndrome, whose cardinal symptoms are Shaking (tremor, muscle jerks), Sweaty (fever and sweats), and Confused (mental status changes and delirium).

Serotonin syndrome is possible, but very rare, when two SSRIs or an SSRI and SNRI are taken together. But when an MAOI is added to an SSRI or SNRI, the risk of serotonin syndrome shoots way up, enough that this combination is absolutely contraindicated. The severity of the serotonin syndrome is also much more intense when MAOIs are involved. The reason is that MAOIs inhibit the enzyme that breaks down serotonin – MAO-A – and you don’t want to give a person with an inhibited MAO-A enzyme an SSRI or the serotonin levels will rise way too high. So you need to insert a pause to allow this enzyme to reset, both when going on and coming off an MAOI, as well as when changing from one MAOI to another.

While this risk applies mainly to SSRIs and SNRIs, it also extends to most other antidepressants – although just how far it extends is controversial. Anyway, here’s how you make the transition:

Switching from an Antidepressant to an MAOI

Wait at least 5-7 half lives for the old drug to clear before starting the MAOI. Technically, 5 half lives should be enough, but there may still be some residual reuptake inhibition after all the actual medication has washed out of the patient’s system. For most antidepressants, that means waiting 1-2 weeks; for fluoxetine (Prozac) the wait is 4-5 weeks and vortioxetine (Trintellix) 2-3 weeks. Patients will worry about going that long without an antidepressant, but reassure them that the drug is still in their system and use benzodiazepines if any serious distress arises during the washout.

Switching from an MAOI to Another Antidepressant
Wait 14 days before starting an new medication. Because most MAOIs have a half-life of 24 hours (or less), a 14-day washout is conservative but takes into account the fact that currently available MAOIs are irreversible inhibitors of MAO, meaning that the enzyme is essentially destroyed. After washout, the body needs another week or so to remanufacture enough MAO in order to safely deal with the SSRI/SNRI. This same rule applies when switching from one MAOI to another.

The other area to look out for when cross-tapering medications is drug interactions that may linger from the old medication. For example, if you are cross tapering from bupropion to vortioxetine (Trintellix), you’ll need to raise the vortioxetine more slowly because bupropion will double its levels, which can cause a lot of unnecessary nausea for your patient. Likewise when tapering from divalproex (Depakote) to lamotrigine. Divalproex will double lamotrigine levels and raise the risk of Stevens Johnson Syndrome.

But just how long do you have to wait for those drug interactions to cool down? It depends on whether the old drug was an inhibitor – the type that raises other med levels – or an inducer – the type that speeds up the metabolic enzymes and lowers the levels of other medications.

And now for the word of the day… Ephedra

Ephedra is an herbal extract of the Chinese ephedra plant. The plant has been used for over 2,000 years in Chinese medicine and contains the same sympathomimetics found in Western cold remedies: ephedrine and pseudoephedrine – remedies that need to be avoided in patients on MAOIs as they can trigger a hypertensive crisis.

Whether from the plant or the pharmacy, ephedrine increases norepinephrine and activates adrenergic receptors. At low doses, it improves mood and heightens alertness. Higher doses, however, cause anxiety, restlessness, and insomnia. Prolonged use leads to neurotoxicity and depletes brain monoamines, resulting in severe psychiatric symptoms that range from psychosis to mania, depression, as well as heat stroke, cardiac arrest, and death.

Ephedra used to be readily available in the US until 2004, when the FDA banned it after reviewing 15,000 reports of adverse events, including the deaths of two prominent professional atheletes – Steve Bechler of the Baltimore Orioles and Korey Stringer of the Minnesota Vikings. Although illegal, ephedra remains popular, however, as a performance enhancing drug, with 50% of college hockey players admitting to using it.

Ephedra is also thought to be the fabled Soma mentioned in early Hindu texts, where it was taken in religious ceremonies to prolong life. Aldous Huxley later borrowed the term for his dystopian novel, A Brave New World.

Antidepressants in Bipolar II: What the Experts Do
Mood, Metabolism, and Cognition: An Interview with Rodrigo Mansur
Do Benzos Treat Depression?
COVID, Benzos, and Opioids