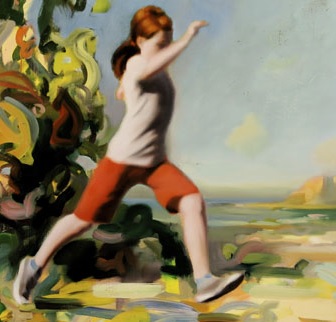 Do you have no motivation to do anything? Psychiatrist Michael Posternak shares how he helps people get active when their motivation is sunk by depression

Where do you start when patients have no motivation to do anything? Michael Posternak has an answer in this first installment of our winter series on combining medication with psychotherapy.

In this month’s Carlat Report we feature an interview with Donna Sudak, a psychiatrist and psychotherapist who has written a book on how to integrate CBT into the med visit. The interview really lit up our editorial board, and after reading it they’ve all been sharing ideas for how to do this kind of work. Michael Posternak thought of one that has changed my practice. He doesn’t try to get patients to do more, but to do less. Here’s what he said….

CA: Michael’s idea – to accomplish just one thing a day but to do it consistently – is well suited to the psychology of depression, and to the way the brain works. The brain needs positive experiences to get out of depression, but the brain doesn’t care if you climb a mountain or clean out a desk drawer – there’s only so much dopamine that can fire in there. What matters is doing something consistently, and that’s what is missing in depression. They get started on a project, and then get overwhelmed with thoughts and ruminations – “I’ll never finish this, I have so much more to do, It’s not even worth it anyway” and give up. When it comes to treating depression, better to clean out one drawer in your kitchen each day consistently then to climb a mountain once a month.

KN: Yes Michael’s idea really helps patients stay focused on the consistency, and he’s trying to boost up the reward by having them spend more time appreciating their success. People with depression are quick to move away from that. You know, patients will often come in bent on telling me about how awful everything is and how much of a failure they are, and I’ll try to turn that around and ask, “I get that, now tell me the other side, what’s one thing you accomplished this week, one thing that went well for you?” If they do think of something, they’ll quickly dismiss it. They’ll talk about their success as if they had no role in it, like it was just something that happened to them rather than something they accomplished. And they’ll discount their accomplishments with the old “yes, but;” as in “The plumbing broke in my bathroom, and I got it fixed but it was just a disaster and it ruined my whole week.”

CA: That sounds like a certain thought style we see in depression – rumination. It’s a cycle of negative thinking that never gets anywhere. It often plays out like an argument – the depressed patient will try to cheer themselves up by focusing on something positive, then they’ll discount it with “yes, but;” and it just goes back and forth. The endless, unproductive cycle of rumination is demoralizing – it’s depressing in itself. There’s a version of CBT for rumination that Edward Watkins developed that uses this kind of behavioral activation to help patients break out of the cycle of ruminative thoughts.

KN: Yes we interviewed Dr. Waktins in our June 2018 issue – it has a lot of good tips for working with depression.

CA: One cause of rumination is perfectionistic, compulsive tendencies and the kind of all-or-nothing thinking that goes along with that. Bear with me a minute, because I’m going to describe a patient who is the opposite of your prototypical depressed patient. This is someone who does too much, rather than too little, but the solution is the same and it brings us back to Dr. Posternak’s idea. You see, one cause of rumination is trying to do more than you can. You’ll see this in patients with compulsive, perfectionistic tendencies. They spend their entire lives trying to multitask and squeeze more into an hour than they are capable of doing. They drive themselves like a harsh coach, and the inner dialogue is constantly critical – oh why didn’t you do more?!? It’s 2 o’clock and you’ve accomplished so little. If you hadn’t of gotten so caught up in that useless youtube video you’d have that presentation for work finished by now.”

KN: It’s like that expression, “There’s always room for one more,” but it gets turned on you. You spend your whole life thinking you could have accomplished more than you did.

CA: Yes, and Dr. Watkin’s theory is that this constant stream of negativity builds up into a full depression. So to turn things around in these patients, he has them practice the art of doing one thing at a time, and actually scheduling more time to complete things than they need, so they can enjoy the ride and get it done.

KN: I’ll bet that’s not easy. A lot of these patients are tied to the workhorse of trying to do more than they can. It’s like an addiction.

CA: Yes you have to rearrange the goal posts for these patients. The goal here is to treat the depression, not work 8 days a week.

KN: This is interesting because it suggests that it’s not just what patients do that matters, but how they experience it. So you’re saying that someone could be active, accomplishing things all the time, and it could still be a set up for depression if their over-arching experience of all that activity is negative.

CA: Yes. That’s why some people argue that behavioral activation is not a purely behavioral therapy. You’re not just trying to get patients to do more – you’re trying to change their experience of it so they can reconnect with what is rewarding in their daily life. That’s what Dr. Posternak is doing here. He’s knows it’s not about a numbers game, like “OK now you’ve succeeded at 1 thing, let’s move on to 2, and then 3.” He’s not just trying to fill up a calendar with activity scheduling. He’s trying to help people change the experience of what they do.

KN: You know, I’ve found this kind of behavioral activation works particularly well when patients start transcranial magnetic stimulation, TMS. You see, TMS is a big investment of time and money. It can cost $1-2,000 just in copays, and the patient has to drive in to the office 5 days a week to get it. So when patients take it on, they have a lot at stake, and here’s what I tell them. “There’s evidence that TMS works better if you do something active before each session. So go out and walk in the woods for an hour before you get the treatment. And, like Michael said, we have to settle on a time and place for that walk. Normally, it’s hard to get patients to do that kind of thing, but there’s a lot at stake when they are starting TMS. I mean, when they’re investing all that time and money into it, they have a little more motivation to make sure that it works.

CA: You know there’s more truth to what you saying than you might imagine.

KN: What do you mean?

CA: Well, of course patients are going to get more out of their treatment – whether it’s antidepressant medication or TMS – if they combine it with behavioral activation. But there is also research showing that TMS works better when patients are experiencing positive thoughts, rather than negative ones, while the magnetic is running.

KN: Wow that sounds interesting – I mean we know this about the oldest psychotropic medication in the book – alcohol. Alcohol has different effects on mood, depending on whether you’re alone or with people, happy or sad, when you drink. So why not TMS.

CA: We’ll get into that TMS research more at a later time. But now it’s time for the word of the day….

Word of the day… Delirium mussitans

KN: Wait that’s my line. And now for the word of the day… Delirium mussitans

CA: Mussitans is the Latin word for muttering, and Delirium mussitans is a severe form of delirium where the patient mutters with repetitive, slurred, non-sensical speech. It’s also called “muttering delirium.” Movements are reduced to tossing and turning, trembling, and muscle twitches. Like any delirium, it is typically caused by medical illness, and it’s often described as part of Typhoid fever, where it’s sometimes called the typhoid state. Here patients pick at their bedclothes and at imaginary objects. In Shakepeare’s Henry the Fifth a tavern hostess describes Falstaff’s last moments before he died, and how he babbled, fumbled with his sheets, and played with imaginary flowers with his fingers….. it’s an apt description of delirium mussitans:

“He parted even just between twelve and one, even at the turning o’ the tide: for after I saw him fumble with the sheets and play with flowers and smile upon his fingers’ ends, I knew there was but one way; for his nose was as sharp as a pen, and a’ babbled of green fields.”

KN: Join us next week for a historical journey…. The rise and sudden fall of zimelidine, the first SSRI

CA: Do you have tips for how to combine meds and therapy? We’d like to hear from you – we’ll be featuring these ideas throughout November and December. Send them to  [email protected]

KN: You can read the full articles and earn CME credits at thecarlatreport.com, where we have a special offer for our podcast listeners – you can get $30 off your first year’s subscription with the promo code PODCAST.

CA: And your subscription helps us stay free of commercial support.