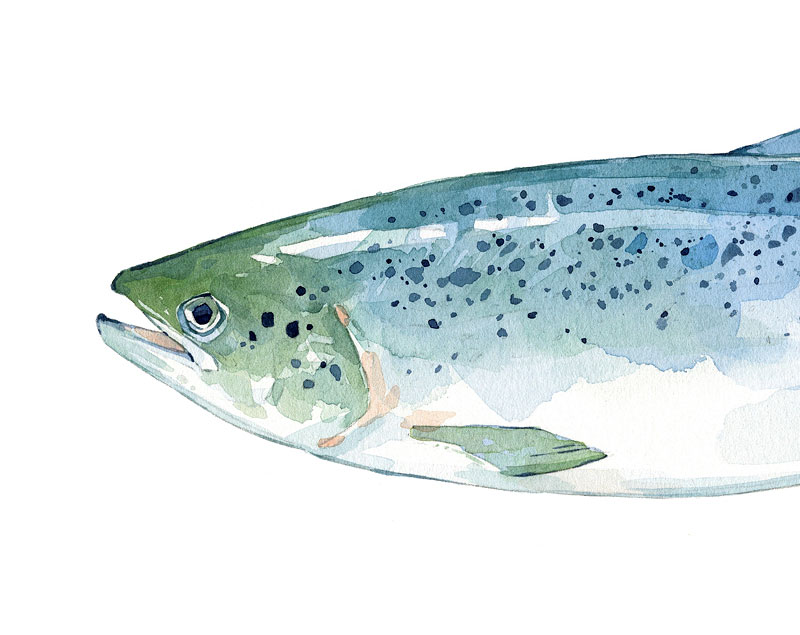 The research is clear. This stuff works. Not very powerfully, and it takes a while to get in there. If you’re going to really do it, do it right: buy a version that is

Omega-3 fatty acids, given in the form of fish oil tablets, were shown in a 1999 controlled trialStoll to maintain mood stability far better than an olive oil placebo. This was a very exciting result, especially as the trial was inspired by “bench chemistry” — omega-3 fatty acids were recognized to have intracellular effects similar to lithium and valproate.

There are two “omega-3” fatty acids in fish oil: EPA (eicosapentaenoic) and DHA (docusahexaenoic). Some studies in people with depression or bipolar disorder have used EPA alone, including one of the most recent with the strongest positive results; but one of the larger earlier studies using EPA alone showed no benefit. Many of the other studies shown below, including the first one from Harvard, used fish oil tablets which provided both EPA and DHA. For now it seems safe to conclude that having both does not interfere with the antidepressant and mood stabilizing actions; and that EPA alone might be sufficient.

You may have heard of omega-3’s or fish oil as having some benefit in reducing heart disease as well. That research is a little farther along than the mood research. I have not followed it closely but it seems that the focus there is more on DHA than EPA. This means that if you want both benefits, you may need to stick with a source that has both EPA and DHA. Luckily, it turns out that the cheapest version has both, and has been lowest in the tests of mercury (undetectable levels).

Here’s a summary of many of the early fish oil studies regarding use in mood disorders.  Just notice a few things and go on:

In all the bipolar studies, and several of the depression studies, the omega-3 fatty acid dose was added to prior medications. These data should not be interpreted to indicate that O-3’s alone are a treatment for mood disorders.

What dose should I take?

A recent analysis suggests that 1 gram of EPA per day may be the best standard dose to shoot for. As much as 2 grams of EPA is okay but not clearly better. More than 2 grams might actually produce less benefit (not to mention how many pills that would require, and their cost).

How many pills do you need to get 1 gram of EPA? That depends on how concentrated the pill is, and how much EPA per pill. Cheaper means less concentrated, which means more pills per day to reach this target dose. Pay more, you might be able to take fewer pills.

But you also need a pill that’s at least 60% EPA. This means more math. See my Dose page for details on why you need that and how to do the math if you need some help.  My details page (Fish Stories) has some examples of the cheapest way to do this.

Risks (not mercury, not prostate cancer)

There are basically no known risks with fish oil. [Update August 2013: there are new concerns about prostate cancer risk. Men should see my separate page about omega-3’s and prostate cancer.] Three which have been discussed can be nearly dismissed, as shown here. This does not mean there are no risks; it means there are no significant known risks. Notice the difference. On the other hand, one cannot say anything as nearly reassuring about any of our regular medications. Here are four risks which have been discussed:  mercury / heavy metals  (really long section); hypomania; and bleeding; and prostate cancer.

1. Mercury. One of the cheapest fish oils, shown in the following table, has “undetectable levels” so you could stop worrying about it right there. But being reassured like that doesn’t work for a lot of people, so here are more details if you like. Otherwise, skip forward to the next risk)

Some would not entirely trust the United States Food and Drug Administration (FDA) for advice, but this at least gives you a yardstick of some kind. In 2014 the FDA updated their recommendations to pregnant women regarding fish consumption; but I like their earlier more explicit guidelines:

The table below gives mercury in a different unit, making comparison with the above yardstick difficult. A review article on fish oil for the American Heart Journal in March of 2006DeFillipis summarized this issue by noting that the FDA believes 10 mcg/L, which is found in some fish oils (see table below) is “negligible”. Less than 6 mcg/L, as with the Kirkland brand, means “undetectable” using these laboratory tests.

Update 2014: an outfit called LabDoor has analyzed a large number of individual fish oil products. On their site you can pick yours and see their report which includes mercury. All products tested fell well below the amount below a suggested safe maximum (10 parts per billion; the highest was 3 parts per billion). But that limit was set by an industry group. Surfing through the 30 fish oils tested there, it looks like almost all fall between 2 and 4 parts per billion.  One product had 6 ppb, and the little Nordic Natural Fishies (like gummi-fish) had only 1 ppb, but that’s because so little of the product is actually fish oil!

Two recommendations emerge from all this:

2. Hypomania. Notice the emphasis in the research studies on depression, versus bipolar disorder. There is a report of hypomania developing while on omega-3’sKinrys (and in the Harvard study as wellStoll), although whether the fatty acids were the “cause” of this episode is of course not certain. I’m watching for more such reports (update 2011: no more reports, no patients of mine ever showing such signs I could associate with the fish oil…).

3. Blood clotting. Fish oil has a mild anti-blood-clotting effect, at least in some people.2007 This is thought to contribute to a possible reduction in heart problems (because heart attacks and strokes often involve a blot clot where it shouldn’t be clotting).  But it can have some effect on  blood coagulation if you taking aspirin or coumadin/warfarin Buckley , so you should let your doctors know you’re taking it.

4. Prostate cancer.  Bottom line, in my view: this is a non-issue. But it’s really complicated. I don’t think I’m missing something, but if you want to have a look at the data, here’s my introduction to the issue.

Although a few people may experience loose, fatty stool, the main side effect problem for fish oil is fish burps (“When I burp I feel like a seal”). This is usually managed by taking the pills with meals. If that isn’t sufficient to stop the problem, put the pills in the refrigerator, or freezer, between meals. This makes them sort of an “extended release” capsule. Watch out for condensation inside the bottle if you do this and live in a moist climate. You could just keep a week’s supply or so in a separate bottle that you open every day.

Do I recommend them to my patients? Yes, rather commonly, especially when we’re looking for all possible anti-depression tools to use, rather than have to use a typical antidepressant. I still have yet to see a clear-cut stunning improvement like those case reports in the table above, but because the risk appears to be so minimal, in many cases it seems like it’s worth a try. One fellow wrote a strong testimonial about being able to go off lithium with fish oil, but he made some other big changes too: testimonial.

For small details including , pill type, flaxseed oil and any other tidbits I accumulate, here are more of my fish (oil) stories.

Seven Ways to Help Your Partner with Depression
What is Bipolar Disorder?
150 Things to Try When You’re Depressed
Leonard Cohen, Meditation, and Bipolar Depression