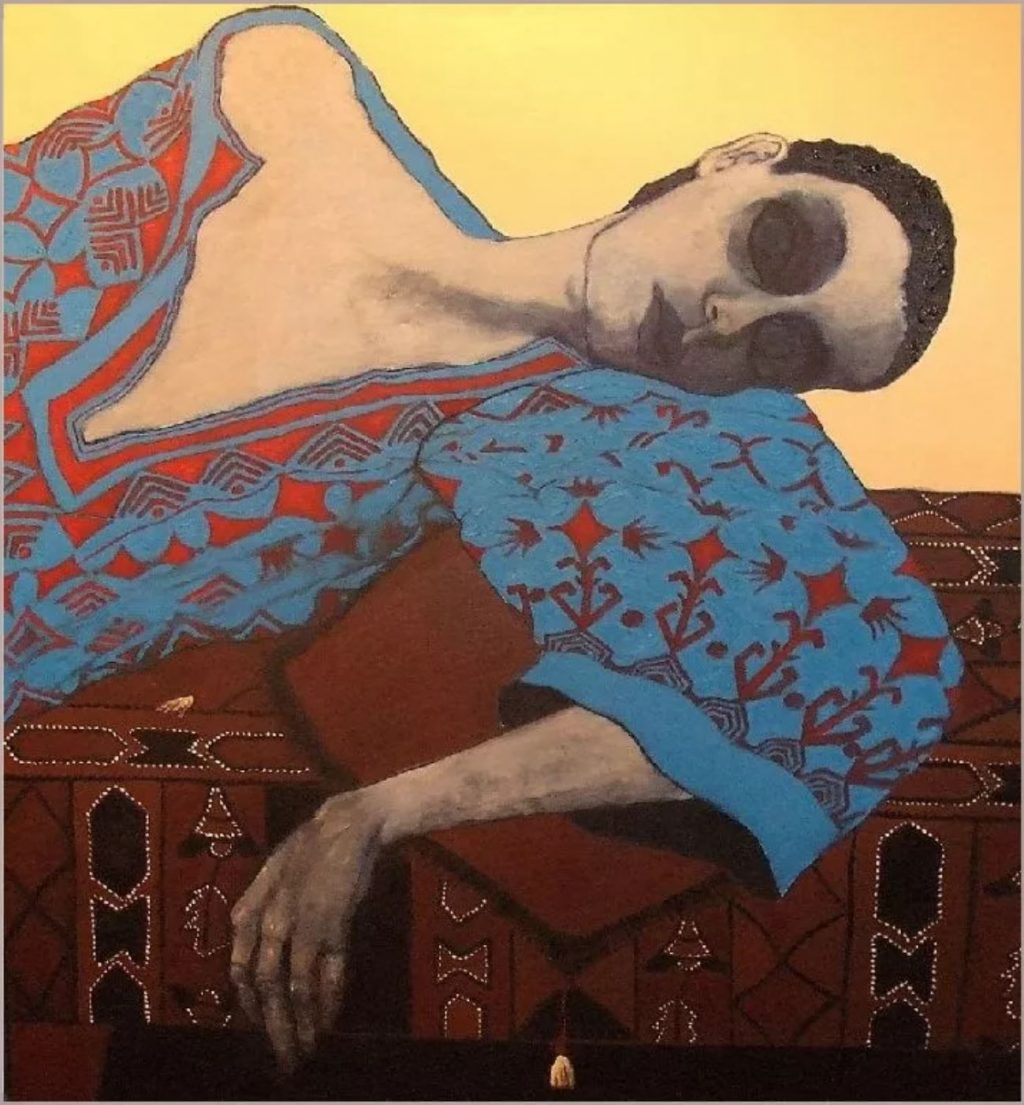 Overdose deaths have been rising during COVID. In this episode, Ashwin Patkar and Richard Weisler share tips on how to reduce the problem.

KELLIE NEWSOME: Life expectancy took a hit in 2020. In the US, it dropped a year, from 79 to 78, but this decline started long before COVID. It was in 2015 that the mortal number started to decline for the first time in 100 years. The reason was drug overdoses, particularly from opioids, and those overdoses have risen in lock-step with the COVID crisis this year. Richard Weisler and Ashwin Patkar have been following these trends since the 2000’s. Both are practicing psychiatrists – Dr. Weisler runs a general adult outpatient practice, and Dr. Patkar works with a higher risk population in addiction psychiatry. Both have changed their practices in response to this crisis, and today they’re going to share what we can do to reduce the risk of death in the patients we serve.

CHRIS AIKEN: It’s often called an opioid crisis, but that obscures the fact that most of the deaths involved multiple substances – usually sedatives like benzodiazepines – but even stimulants like Adderall and Ritalin can increase the risk of overdose with opioids. So the drugs that we are prescribing are part of the problem. Benzos are the riskiest, because the way that opioids cause death is through respiratory suppression, and benzos and opioids both suppress respiration in different ways. Benzos do this through GABA-A inhibition, and opioids suppress breathing in the medulla. The effect is much like a stereo system. Unplug one speaker, and you can still hear the music. Unplug both, and breathing stops.

KELLIE NEWSOME: It’s very rare for benzos to cause overdose deaths on their own, but when combined with opioids they are much more lethal. Alcohol is another one to watch for – it turns down breathing through a mechanism similar to the benzo’s, and a patient who is drinking a little too much and taking opioids is at high risk for an unintended overdose.

CHRIS AIKEN: Most of these deaths are unintended, as patients may just take a little extra when their pain is high or they’ve had a rough day, without any idea that it could kill them. So any respiratory suppressant can be a problem, as can any mediation that alters memory, self-control, or consciousness. This is another reason that benzos are implicated in the problem. Benzos enhance the rewarding effects of opioids, which leads to a somewhat counter-intuitive clinical pearl. Benzos are much more dangerous in the hands of someone in recovery from an opioid use disorder than an alcohol use disorder.

KELLIE NEWSOME: But we’re not here to scare you out of prescribing controlled substances. There are unintended consequences to that as well that we’ll get into today. In fact, you could say this whole crisis was an unintended consequence – one that started in the 1990’s when doctors got the idea that pain was undertreated, and many emergency room physicians wore “No Pain” buttons on their white coats.

How the Crisis Started

CHRIS AIKEN: How bad have things gotten during the pandemic?

CHRIS AIKEN: Why have overdose deaths risen during the pandemic

CHRIS AIKEN: There have been a lot of efforts to lower these deaths in the past decade – from education to regulation to declaring it a national emergency. Were we making an progress before COVID?

CHRIS AIKEN: What is fueling the rise in opioid deaths – is it prescription drugs or are they getting these on the street?

Carfentanyl: An Opioid with Oversized Potency

KELLIE NEWSOME: Part of what is going on here is a tale as old as time: We’ve solved one problem with a new technology, but the solution has created another problems that might be as bad as the one we started with. The technology is synthetic opioids. Humankind had been using natural opioids from the poppy plant for over 3,000 years when the first industrially produced opioid – morphine – was launched by Merk pharmaceuticals in 1827. Another invention – the hypodermic needle – caused this drug to really take off in the 1850’s, and soon the concern shifted from treating pain to addressing the addiction the opioids were causing. In the 1870’s scientists attempted to modify morphine to create a non-addictive opioid, but they created instead one that was much more potent and rewarding: Heroin. Heroin’s record was topped in 1959 when Paul Janssen – of Janssen pharmaceuticals – developed fentanyl, which is 30-50 times more potent than heroin; the company developed Carfentanil 15 years later, which is 100 times more potent than fentanyl. Carfentanil was used in veterinary medicine to sedate large animals – it went by the catchy trade name Wildnil. It is no longer on the market, and in fact most most manufacturers, including Janssen, have discontinued fentanyl in response to the opioid crisis, but both of these drugs are available on the streets where their industrial potency contributes to many opioid deaths.

What To Do In Practice

CHRIS AIKEN: One thing we can do is check the controlled substance database, but I imagine we’re not going to catch all the cases if 50% of the opioids are not coming from a doctor’s prescription pad.

CHRIS AIKEN: Ashwin you are an addictionologist, so you come into this crisis with a lot of expertise that other psychiatrists don’t have. How should a non-addictionologist adjust their practice to respond to this epidemic?

[Ashwin Patkar on what to do]

CHRIS AIKEN: What do you consider appropriate – and inappropriate – follow up with controlled substances like stimulants and benzos?

CHRIS AIKEN: Should the drug screens be random?

CHRIS AIKEN: What are some reliable companies that offer salivary drug screens?

CHRIS AIKEN: Naloxone is an opioid blocker that can be taken intranasally to reverse an opioid overdose. A lot of states are requiring physicians to discuss this rescue medicine or prescribe it when they prescribe opioids. Should psychiatrists also prescribe it to at risk patients – even if we aren’t prescribing opioids?

CHRIS AIKEN: To summarize, you are recommending

I want to focus on that last one, because a lot of patients don’t want their relatives involved. And I know that can be a problem, because the relative is often the one who notices that they are taking too much of their benzo, getting opioids on the street, or, for that matter, getting paranoid on Adderall. Are you saying that we might consider NOT prescribing a benzo or stimulant if the patient refuses to let us check collateral, just as an endocrinologist might refuse to prescribe insulin if the patient would not allow anyone to check their glucose and other labs?

[Ashwin Patkar on other family input]

CHRIS AIKEN: So opioids fatalities are on the rise during the pandemic. What about other drugs?

[Ashwin Patkar on other drugs]

CHRIS AIKEN: The opioid crisis followed the law of unintended consequences. Doctors got too aggressive in treating pain, and the excess use of opioids lead to dependence and overdose deaths. But as our conversation wrapped up Dr. Weisler and Patkar suggested that the regulatory initiatives to stop opioids may have unintended consequences of their own. Dr. Patkar pointed to evidence that patients turned to illegal drugs like heroin after we clamped down on prescription opioids.

And Dr. Weisler mentioned that the opioid withdrawal state itself raises the risk of suicide. A large VA study from 2020 found that the risk of suicide rose after opioid withdrawal, and the risk was greater the longer the patient had been on the opioid, from 2-fold after 30 days of treatment to 7-fold after more than a year. That study was observational and not controlled so it does not prove causation, but there are other recent studies that point to concern. In a nested case-controlled study of 15,000 patients from Kaiser Permanente, patients were more likely to over dose on opioids when there was high variability in the dosing – such as what happens when practitioners attempt to wean opioids. A Medicaid study found that the faster the opioid taper the greater the risk of overdose, and these patients remained at high risk even after their prescription opioid was tapered off: 50% of them went to the hospital or emergency room for an opioid-related problem like an overdose even after their prescription was stopped.

So the answer is not to yank patients off their medication. We do need to keep patients in treatment where their withdrawal problems can be addressed so they don’t need to turn to the streets. That is as much science as art, and we delved into it in our last podcast on tapering benzodiazepines.

KELLIE NEWSOME: Ashwin Patkar is Chief of Avance Psychiatry and Adjunct Professor of Psychiatry at Rush University Medical Center, Chicago. Richard Weisler is in private practice in Raleigh NC and holds adjunct professorships at UNC-Chapel Hill and Duke. Both are active in clinical research and clinical trials, and their paper on opioid deaths can be found in the January 2021 issue of Current Psychiatry. There’s also a link to it in the episode notes and in the text to this podcast which is online at the Carlat Report.

Word of the Day: Zopiclone

And now for the word of the day…. Zopiclone.  That’s ZOPiclone, not ESzolplicone

The z-hypnotics are called z-hypnotics because, well, their generic names all start with the letter z:

Eszoplicone is an isomer of the original z-hypnotic, one that has been used in Europe since 1986 but is not available in the US: Zopliclone. Like many medications, zopliclone comes as two stereo isomers, which are mirror image left- and right- hand versions of the molecule, and es-zopliclone (Lunesta) is the isomer that’s responsible for nearly all of zopliclone’s therapeutic effects. You see the same relationship with the antidepressants citalopram and es-citalopram.

So how did America end up with the es- isomer while Europe got the full racemic mixture? Zopliclone was released in 1986, but was not approved in the US due to concerns that it might cause cancer. Many hypnotics have been associated with cancer risk in animal and human studies, but the link has never been proven definitively. Two years later the FDA relaxed its view of the cancer risk and approved zolpidem (Ambien), the first z-hypnotic in America. By the time the industry was ready to resubmit their zopliclone data the medication had already gone generic, but a clever pharmaceutical company – Sepracor – figured it would try its luck with the stereoisomer eszopliclone. The gamble worked, and it was approved as Lunesta in 2004. Sepracor went one step further and tried to get eszopliclone approved in Europe, but the European regulators were not as easily fooled by the stereo-isomer shell game. They declared that eszopliclone was too similar to zopliclone – indeed it is contained within zopliclone – and denied it.

But are they really that similar? We know of only one controlled study that compared them head to head, and it was pretty large – 200 patients. After a month, both drugs had the same clinical effects – the same side effects, and the same benefits.

In this month’s issue we featured a new study on eszopliclone in PTSD where it didn’t work as expected, and in next Monday’s podcast we’ll look at whether eszopliclone can augment antidepressants in depression and anxiety disorders.

Follow us on twitter where Dr. Aiken is posting a new research study every day. Today’s paper is a randomized controlled trial of the DASH diet in ADHD. Subscribe online and you’ll get a host of CME options and $30 off your first year’s subscription with the promo code PODCAST. And you’ll help us stay on our mission – to bring you practical updates without industry influence.