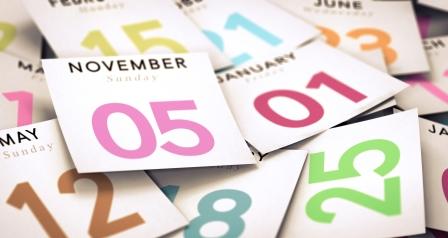 When a patient with bipolar disorder is taking an antidepressant, and the decision is made to stop that medication, how slowly should it be tapered off? Although one expert has recommended taking as long as 4 months; and although I’ve found that rate to work much better than shorter tapers (e.g. 3 – 4 weeks or less); there has been no study to help decide how fast or slow to go.

The evidence below may help, at least indirectly.  It suggests that when antidepressants are tapered off, even slowly, the effects of that withdrawal persist for up to 4 months.

I published a formal version of this page.Phelps  You’ll find this one here a little technical, but if you’re interested, give it a try. The data here are from a neurology study.

Here’s the scenario. These data come from a study of patients with narcolepsy.Ristanovic  In that illness, people can have sudden episodes of falling asleep, during the daytime. They literally fall, sometimes, collapsing to the ground. Such episodes are called cataplexy.

Since antidepressants are thought to prevent cataplexy, it makes sense that the frequency of episodes would increase when the antidepressant was stopped. But as you can see in the graph below, the increase lasted a long time, suggesting that the physiologic changes associated with removing an antidepressant take months to stabilize, despite a 3-week tapering (which begins at the point labeled “Start”):

(The time scale represents 4 points in the study, not days, so the times shown are rough but accurate )

You may be asking “hey, wait a minute, they ended up back where they started. Doesn’t that mean the antidepressant wasn’t doing anything, before it was stopped?” The authors of this study raise that question too.

But that’s for the narcolepsy researchers to figure out. The point here is to recognize how long, physiologically, the effects of stopping an antidepressant persisted.

Bottom line: these data suggest that when an antidepressant is stopped, the brain response can take four months. Whether these data apply in bipolar disorder is an open question. But until now, I had never seen any data consistent with the idea that the process could take this long, even though I was recommending to patients that we should take four months to stop an antidepressant (based on one expert’s recommendation, and my subsequent clinical experience suggesting that he was right).

Another colleague helped list 31 guidelines for more slowly stopping antidepressants based on his experience, which matches mine.

Antidepressants in Bipolar II: What the Experts Do
Do Benzos Treat Depression?
When Depression Gets Worse on an Antidepressant
150 Things to Try When You’re Depressed